In the USGS map for Glacier Peak in the North Cascades, Washington based on 1979 aerial photographs, Milk Lake Glacier fills most of the Milk Lake Basin, with just a fringe of water seen. The glacier had an area of 0.24 square kilometers at this time.

The flat topography over the lake indicates a very thin unstable glacier area. In 1967 the lake has begun to form, Austin Post, USGS image and a few bergs are evident. By 1988, Milk Lake had formed, a notably circular new alpine lake, the former glacier ice still filled part of the lake as ice bergs. In visiting the glacier in 1988 I was surprised at the expansion of this formally small lake. The glacier had retreated to the margins of the lake fringing the west side of the lake. The fringing ice was clearly thin, we found several crevasses that reached bedrock 5-10 m down. In 1994 on a return visit in miserable weather, there was no longer any icebergs in the lake and the lake was more of a jade to turquoise color. The fringing ice had lost about half of its area since 1988. This glacier remnant was not going to last long. 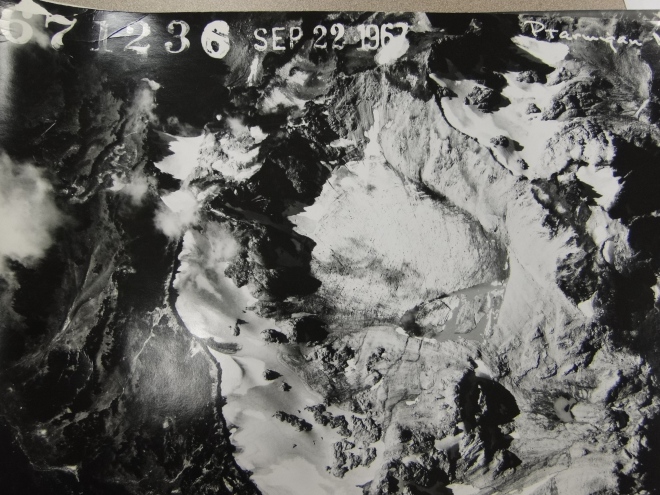 By 2006 the glacier was gone entirely even the fringing elements. One less glacier, one more alpine lake. 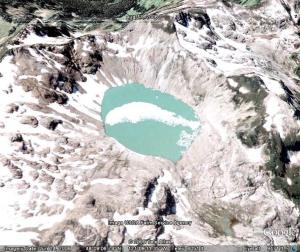 And in 2009 it is clear that Milk Lake would not be the correct name any longer, not a scrap of ice in sight this past summer.