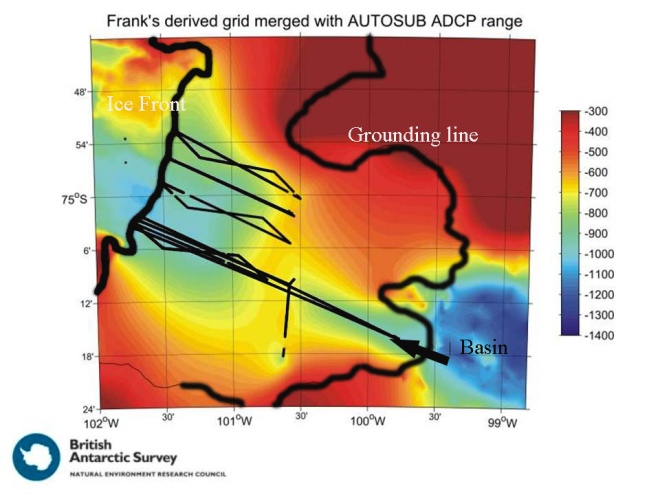 Grounding line retreat could lead to the glacier retreating into this basin, not a stable situation. Basal melting is of particular concern, has been calculated to exceed 15 m/year. In addition the formation of basal crevasses which are much wider than surface crevasses may be critical in the rifting process. The British Antarctic Survey, NASA and several universities in particular have been focusing on this glacier. The second image shows the grounding line in the surface. This is an annotated satellite image from NASA. Just above the grounding line you can note that the surface of the glacier has some large scale roughness which indicates the impact of the sub-glacier topography. 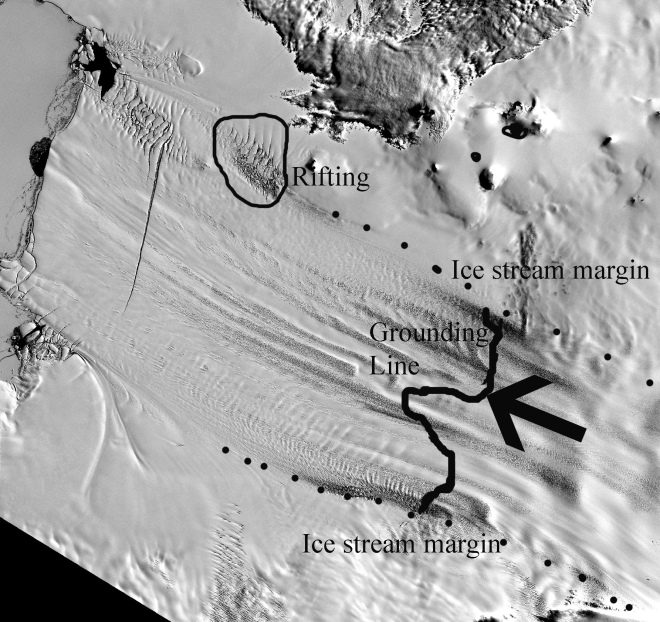 This topography acts to slow and buttress the glacier. This area is above the topographic rise from the deep basin to the higher terrain of the current grounding line. The ongoing focus on the Pine Island Glacier will be fascinating to watch. In particular the emphasis on the oceanographic aspects beneath the ice shelf. The melt rates beneath the ice shelf are significant, on the order of 15 m/year. This is an aspect that has received less attention and will certainly yield interesting results, considerable technologic frustrations and innovations. The nearby Smith Glacier has experienced a similar inland spread of rifting and retreat. In 2011 an additional rift has formed that is 20-25 km inland of the calving front, first noted by NASA’a Operation Icebridge. November 3, 2011 MODIS imagery is seen below. The rifts in both 2001 and 2011 have begun on the east edge of the ice stream an propogated westward. The propagation is more likely as an exploitation of basal crevasses then surface crevasses. The rift from 2011 led to iceberg formation in the fall of 2013 as seen in MODIS images. 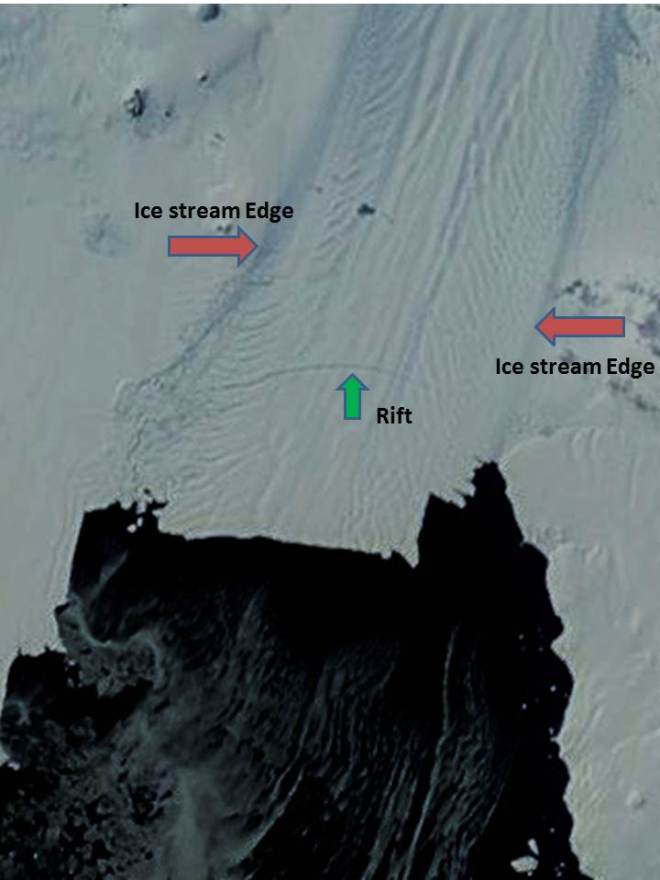 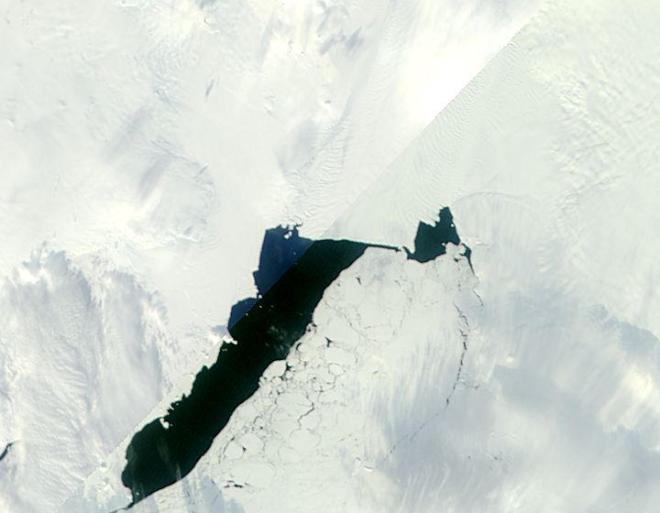 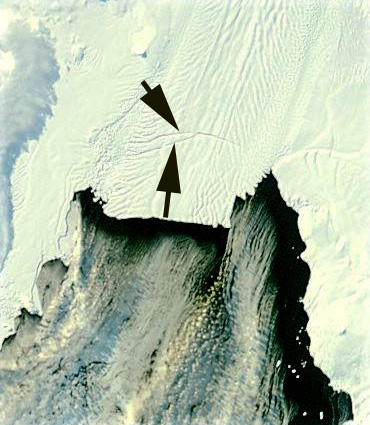 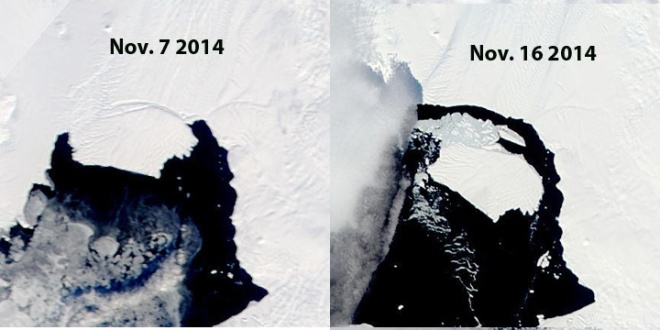