The Banded Glacier on Mount Logan in the North Cascades of Washington has retreated since 1960 creating a new alpine lake. The glacier has retreated 450 m in from 1960 to the 2006 satellite image expanding the proglacial alpine lake. This glacier is retreating as are all North Cascade glaciers. The 1960 image is from Austin Post (USGS). The 2006 image has a blue dotted line at the 1960 terminus. Note the spread of rock outcrops in the accumulation zone suggesting this glacier will have trouble surviving, a blue arrow indicates the new rock outcrops..The glacier has lost 40% of its area in this 46 year period. The north side (left side in the image) is very short at this point. The new lake has a number of icebergs in it. The number of crevasses has also diminished as the glacier has thinned, become shorter and as a result moves slower. The images below are from 1960, 1998, 2006 and 2009. The retreat from 1998-2009 is 270 meters. 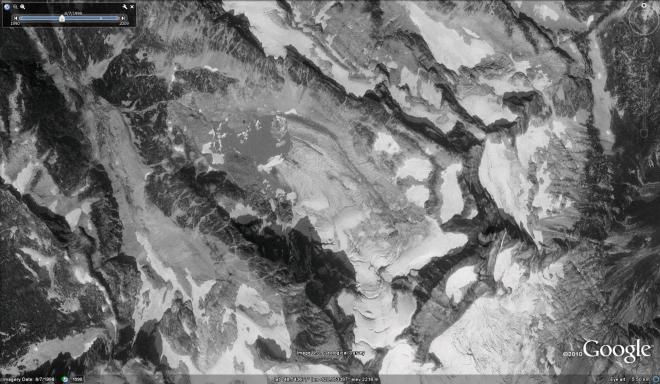 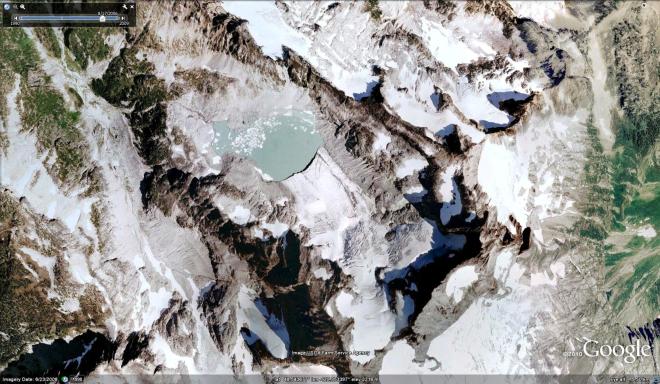 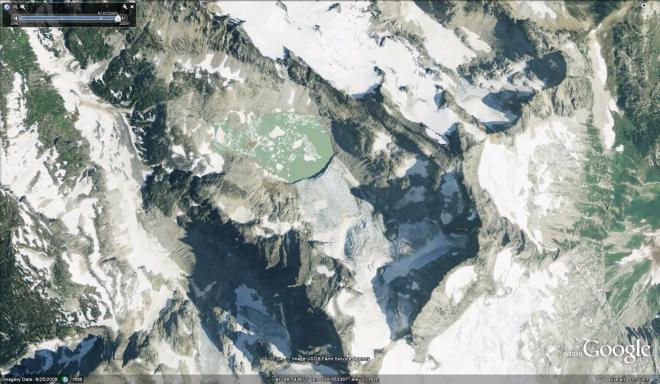 The slower movement is despite an increase in surface slope as the glacier has retreated from the flatter lake basin area onto the slopes leading to the summit of Mount Logan. This glacier is difficult to view unless you are right in the basin where it is. In 2005 and 2009 this glacier lost almost all of its snowcover, not a good sign for a glacier to survive.