Seco Glacier descends magnificently towards Lago Argentina and is a site enjoyed by many visitors to the region from boats. 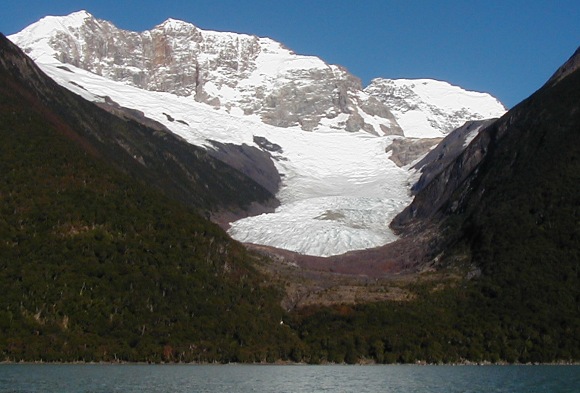 A new website is being developed on the Glaciers of Argentina that features this view. The glacier has retreated 1050 meters in the last century exposing a still barren rock landscape. The terminus is still heavily crevassed indicating considerable movement at the tongue. The recently deglaciated terrain that extends one kilometer beyond the terminus abruptly ends in forest.

A series of photographs from the Glaciers of Argentina indicate the retreat of this glacier from 1953 to 2009. Also note the development of vegetation around the precipitation gage. The rate of development of vegetation on newly deglaciated terrain is the ecesis rate. In a wet temperate climate such as this with seed sources simply uphill of the deglaciated terrain on the valley walls usually leads to incipient trees developing within 20 years of deglaciation.

. The glacier front is still actively crevassed, indicating considerable flow, this is not a stagnant rapidly melting glacier tongue. The glacier ends at 450 meters, its top elevation is at 2300 meters. The snowline is at 1300 meters. In the images from 1953 to 2009 there is a rock outcrop in the upper right near the snowline that has expanded relatively little. This indicates that the accumulation zone at this elevation and above is maintaining its thickness. 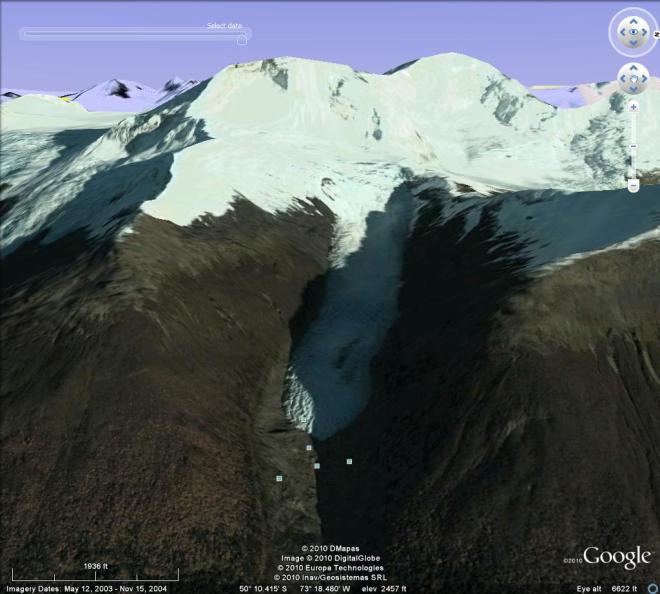