Most alpine glaciers in the world remain unnamed, many of these are small, but some are just remote. Their story is no different from the named glaciers. An example is the glacier that drains the north side of Gora Fytnargin (4123 m). I will designate this Lednik “Fytnargin” for the purposes of this discussion. This glacier drains north from the boundary of Georgia and North Ossettia, Russia. The terminus is at 2460 meters, the top at 4100 meters and the snowline at 3200 m. 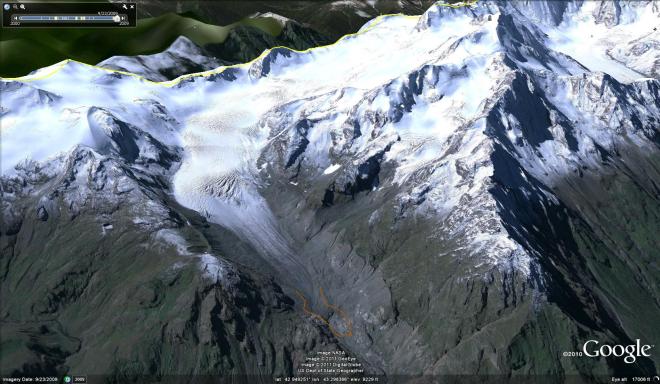 Google Earth provides two excellent views of the lower glacier from September 2006 (top image below) and September, 2009 (bottom image). In this three year interval the terminus of the glacier has retreated 450 meters. In 2006 a debris stagnant terminus area exists, that entirely melted away in three years. 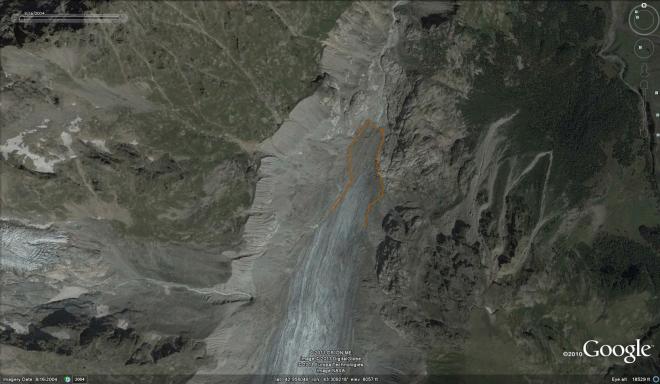 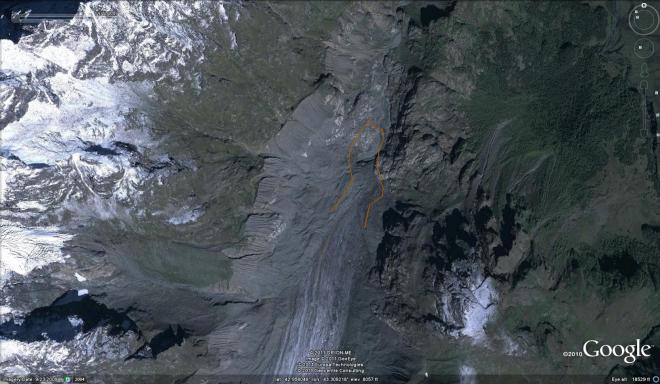 . The retreat of this glacier follows the pattern of glaciers in the region that are monitored. Stokes et al (2007) used satellite imagery to observe 113 glaciers in the region from 1980-2000 and found 95% to have retreated. They observed that the rate of retreat had increased and that a number of new lakes had formed due to the retreat. Lednik Fytnargin’s terminus has a low slope and limited crevassing and has numerous supraglacial stream channels. The combination of these indicates rapid retreat will continue in the near future. The terminus was located at 2380 m in 2006 and 2460 m in 2009 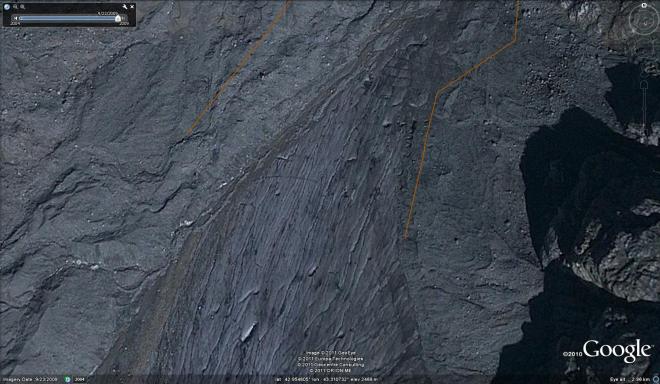