Redoubt Glacier, Washington is the northern most large glacier in the North Cascades. It drains into Depot Creek which flow north into British Columbia. The glacier began advancing in the 1950’s reaching the edge of steep cliff and in three locations spilling down this cliff. At the time of my first visit in 1984 the glacier was still advancing, 2 meters during that year. By 1988 it had begun to retreat, 22 meters total, as all North Cascades were by 1990. The glacier as shown in USGS maps based on aerial photographs, illustrates the margin of the glacier in 1978, this glacier margin is outlined in dark green and is apparent in the several Google Earth images used below. By 1984 photographs by Dale Kalamasz, though I was there, his photographs are much better, illustrate the extent of the glacier. 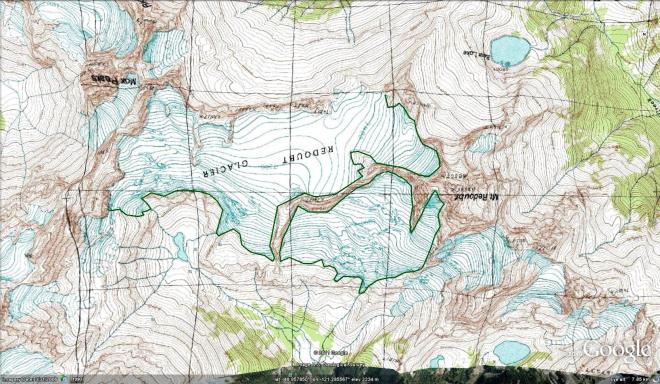 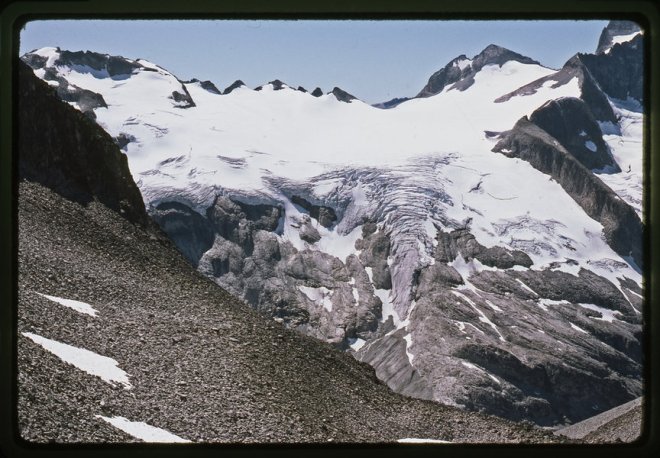 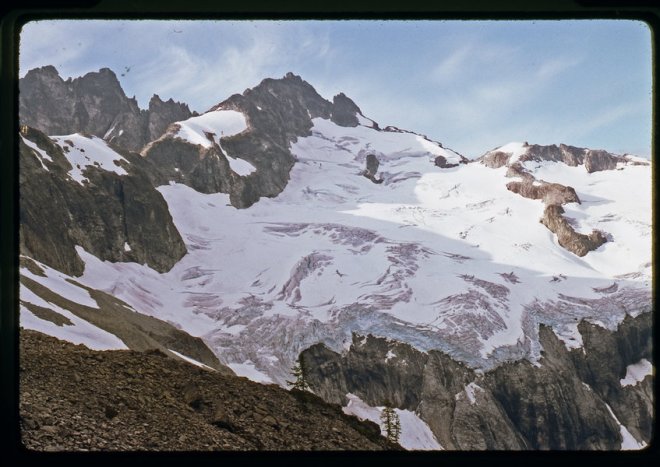 From 1984 to 2009 the glacier has retreated 100-400 meters along its front, with an average of 230 m. Given the main glacier (above) averages 1.5 km from top to bottom this is a significant portion of the glacier. There are no longer ice tongues spilling down the cliffs at the terminus. The western section (below) of the glacier has lost the greatest area, as the retreat is comparable but the glacier length is closer to a kilometer. 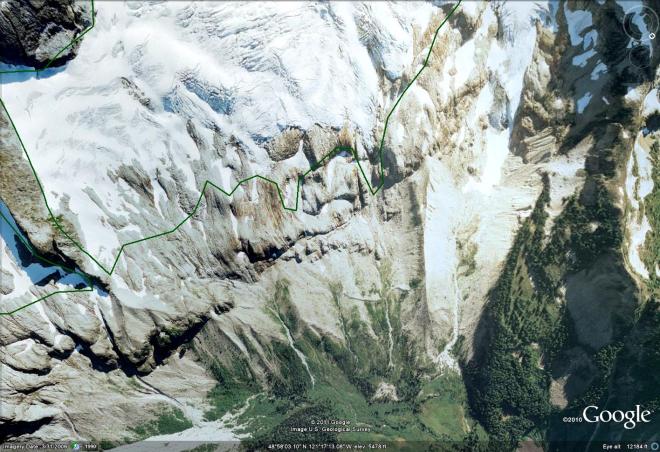 If you looked up at the glacier from the small lake below the center of the margin, “Ouzel lake”, picture above the green line indicates the 1984 margin and the retreat since. It is typical for broad glaciers like the Redoubt to have less terminus retreat. The terminus change is evident in another view, the two lower images of the glacier from the 2009 Google Earth view and a photograph from 2009. 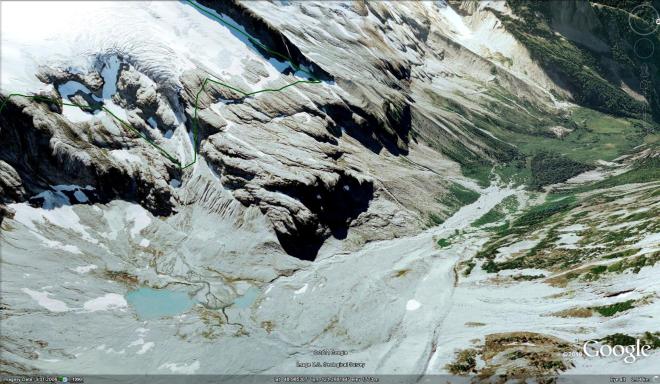