Murchison Glacier drains southeast from the Mount Cook region, one valley east of Tasman Glacier. The end of the glacier terminates in a lake that is rapidly developing as the glacier retreats. 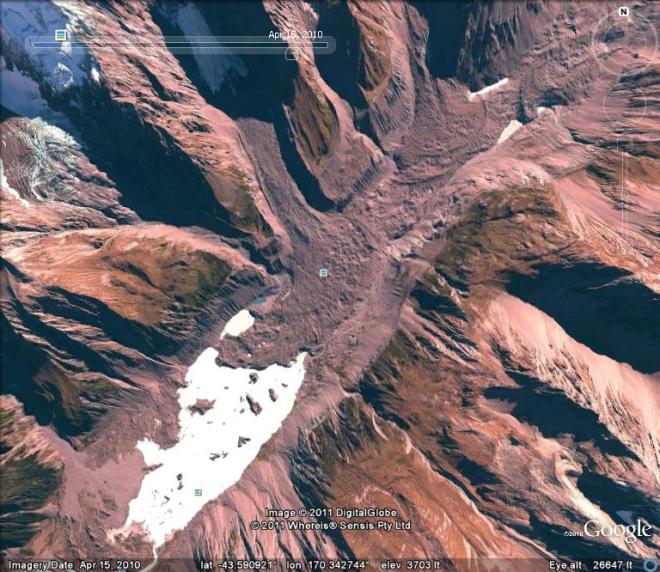 This retreat will become rapid as 2010 imagery indicates other proglacial lakes have now developed 3.5 km above the actual terminus. These lakes are at a higher elevation and may not endure but do help increase ablation, and in the image below show a glacier that is too narrow to provide flow to the lower 3.5 km. The increased retreat has been forecast by the NIWAand Dykes et al (2009) 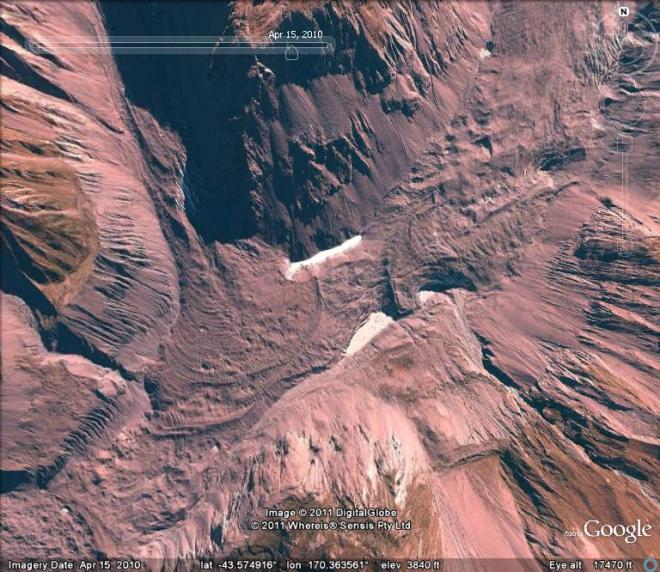 This lower section is debris covered, stagnant, relatively flat and will not survive long. The demise of the lower section of this glacier will parallel that of Tasman Glacier. The glacier has retreated 2200 meters from the moraines at the south end of the lake. There was not a lake in the 1972 map of the region. A comparison of 2006 and 2010 imagery indicates the decrease in glaciated area in the lake basin. The bottom image is from NASA after the Feb. 2011 earthquake near Christchurch that led to a major calving event of a portion of the rotten stagnant terminus reach of the Tasman Glacier. There is no evident calving event from Murchison Glacier. The lake on the western margin of the valley, separated from the main lake has since April 2010 expanded notably 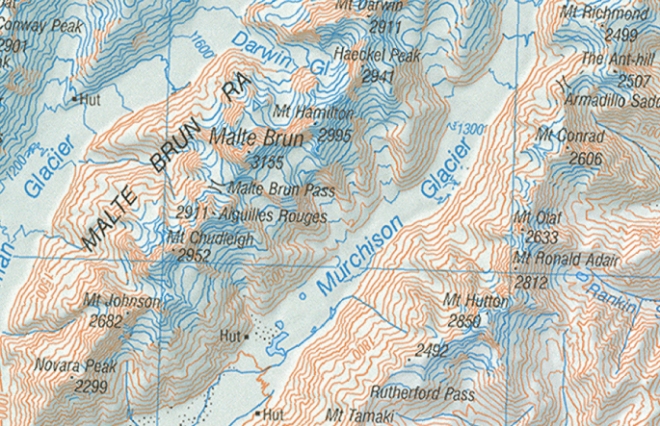 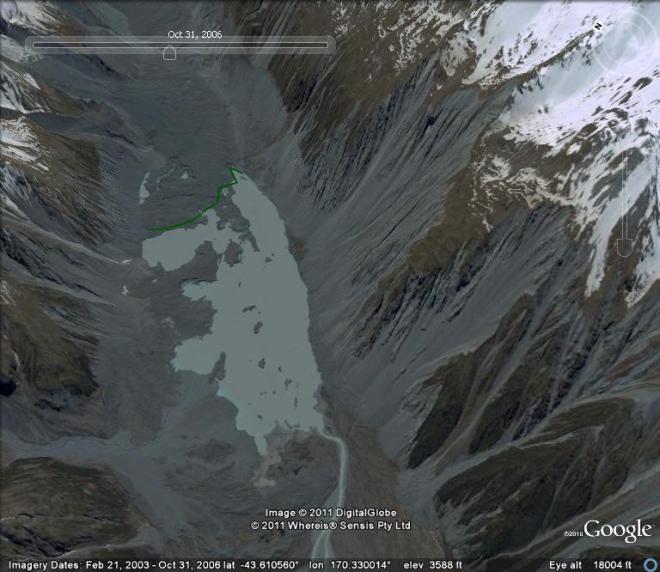 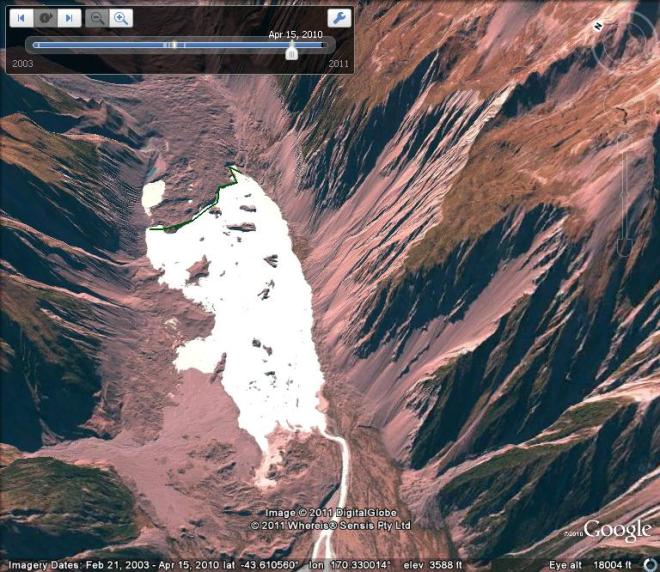 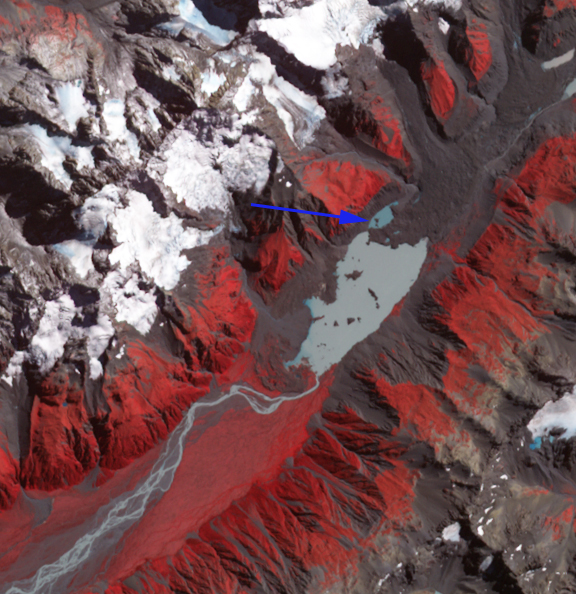 The glacier still has a significant accumulation area above 1650 m to survive at a smaller size. The lower debris covered tongue is 6 km long and extends from the terminus at 1050 meters to 1200 meters, a very low gradient to supply healthy flow from the accumulation area. The ongoing retreat is triggered by warming and a rise in the snowline in the New Zealand Alps observed by the NIWA 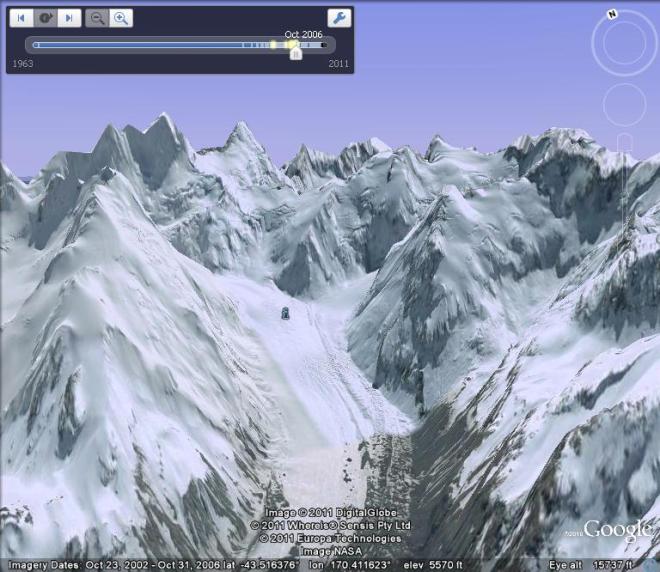