Ochsentaler is a glacier in the Silvretta group of southwest Austria. From 1990 to 1995 the glacier retreated 75 meters, from 1995-2000 85 meters, and from 2000-2005 180 m. The accelerating retreat has been driven by substantial negative mass balances. Dyugerov and others (2009) assessed the mass balance of the glacier as averaging -0.5 meters per year lost, from the percentage of snowcovered area remaining at the end of the summer.

Measurements on the neighboring Jamtalferner in Austria indicate 15 m of loss from 1990-2009, about 0.75 meters per year. Mass balance losses on Silvretta Glacier, Switzerland indicate a 13 m loss during that same period. Examination of the glacier today indicates an uncrevassed, thin stagnant glacier tongue that is 600 meters long, that is and should continue to rapidly melt. 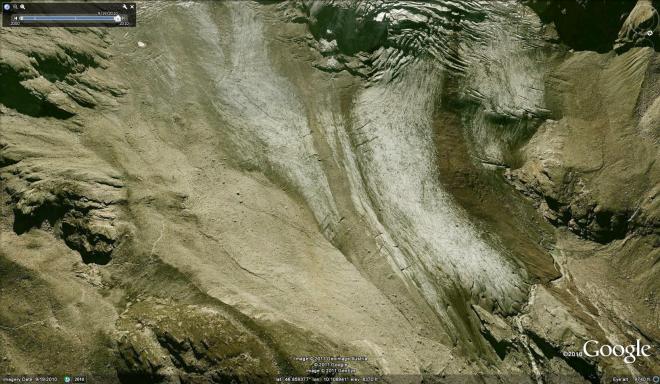 At the head of this section of the glacier is an icefall. The newly exposed bedrock areas at the crest of the icefall indicate reduced iceflow and thinning at this point. The contrast in this icefall region is apparent in the image pair from Christian D. from 1995 and 2011 and the latter image 2009 in Google Earth.

. Ochsnetaler is a popular climb and the upper section of the glacier above the icefall still has a considerable snow covered extent. 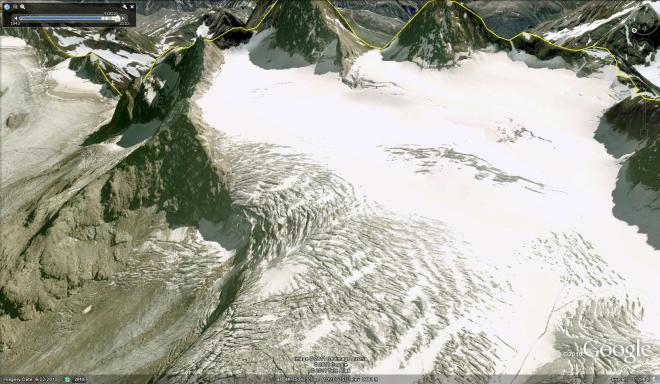