The Cordillera Blanca, Peru has the greatest concentration of glaciers of any region in the tropics. Glacier mass balance losses and glacier area losses in this range have been large since 1990 (Rivera,INRENA) Laguna Arhueycocha is proglacial lake dammed by a glacier end moraine emplaced by the Arhuey Glacier (AG) during the Little Ice Age. The glacier currently terminates in this lake. 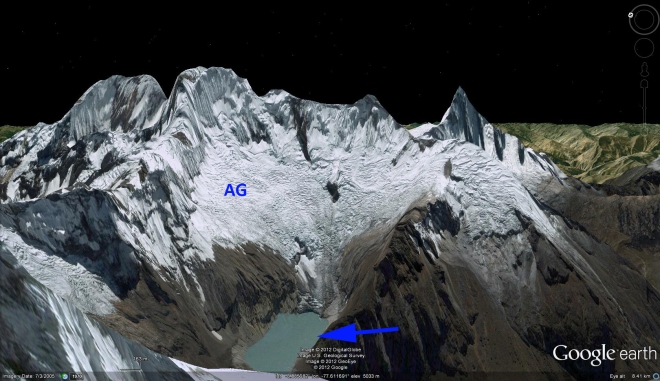 Moraine dammed lakes can be a hazard as they expand since the moraine material that comprises the dam is relatively unstable. The glacier still filled the lake basin in 1963 photographs. By 1991 the lake was 500 meters long (Reynolds Geoscience, 2003) . In a 1999 Landsat image the lake is 750 meters long, by 2002 IKONOS imagery the lake and 2003 Google Earth imagery indicates a lake that is 1050 meters long, and finally in 2011 Landsat imagery the lake is 1200 meters long. The 2003 Google Earth image has the terminus position in red for 1991, purple 2002 and green 2011 indicated. The red arrow points to the artificial outlet channel. The 700 meter retreat since 1999 leaves only a tiny bit of the glacier in contact with the lake, and it appears the lake will not extend much further. 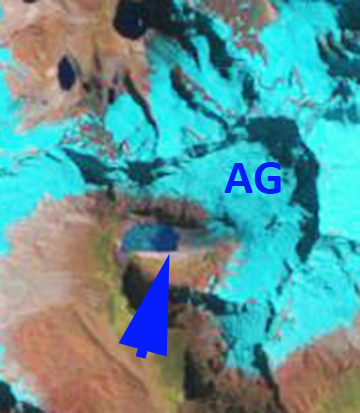 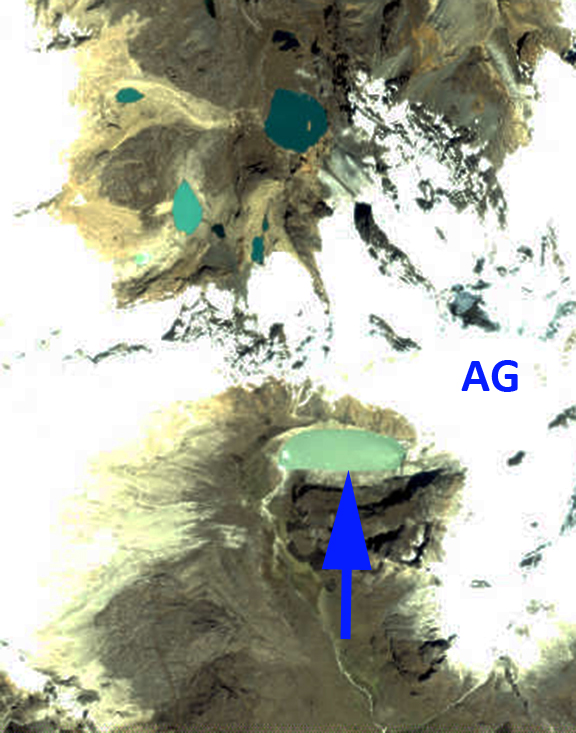 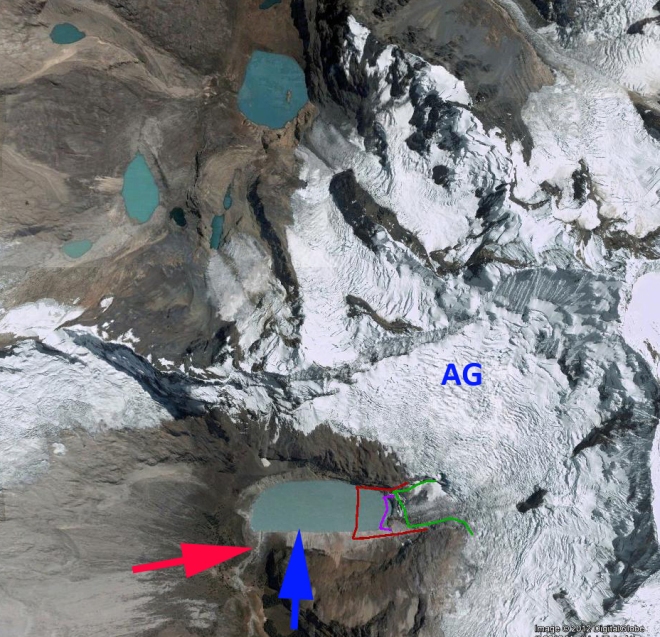 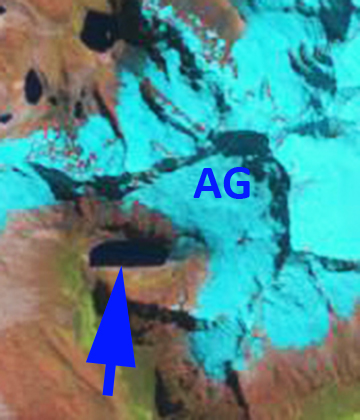 To relieve the threat of an expanding glacier lake breaking its dam, a (Reynolds Geoscience, 2003) 122 meter long channelthat is 12 meter deep was completed through the moraine to limit the surface elevation rise of the lake. The terminus in the 360 degree shot in Google Earth a snapshot of which is seen below, indicates the width of the glacier at the terminus is small and the terminus is quite steep, which given the thin nature of the ice, indicates a steep slope under the glacier, not a continuation of the lake basin. 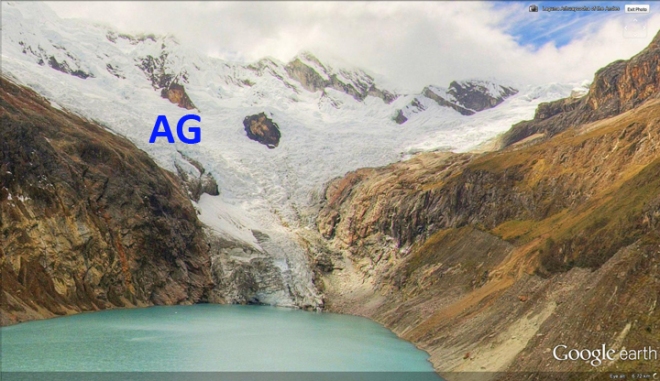 . The retreat of this glacier parallels the retreat of other nearby glaciers Llaca Glacier and Artesonraju Glacier