The reduction in width and crevassing in the Deming Glacier Icefall indicates a reduced flow into the terminus reach of the Deming Glacier. This post examines the retreat of the Deming Glacier from 1984-2010. The glacier has retreated significantly as have all 47 glaciers we observe in the field. The retreat parallels that of other Mount Baker glaciers, Boulder Glacier and Easton Glacier (Pelto,2006). Each year since 1990 we have been able to observe the terminus of the Deming Glacier from afar at our survey point. Only in two years have we actually visited the terminus 1996 and 2002. The latter proved hazardous enough to discourage further attempts. Deming Glacier advanced dramatically during the 1950’s and did not retreat substantially until the late 1980’s. The first set of images are from the survey point in 2003, 2006, 2007, 2008 and 2010. The yellow arrows indicate the narrowing of the debris free section of ice in the middle of the glacier. The red arrows indicate the moraines from the advance ending around 1980 including the lateral moraines and two sets of terminal moraines. The closer set of terminal moraines is where the glacier ended in 1996 when we visited the glacier. Both the lateral and end moraines are indicated. The stream issuing from the glacier front feeds the Middle Fork Nooksack River, which supplies some of Bellingham, WA water supply. We conducted a 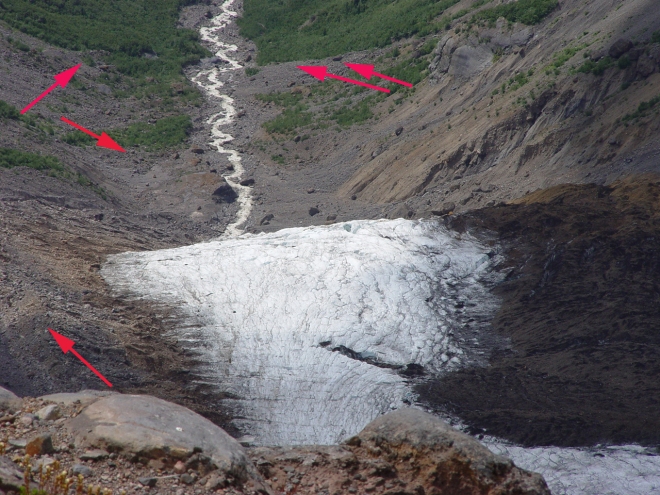 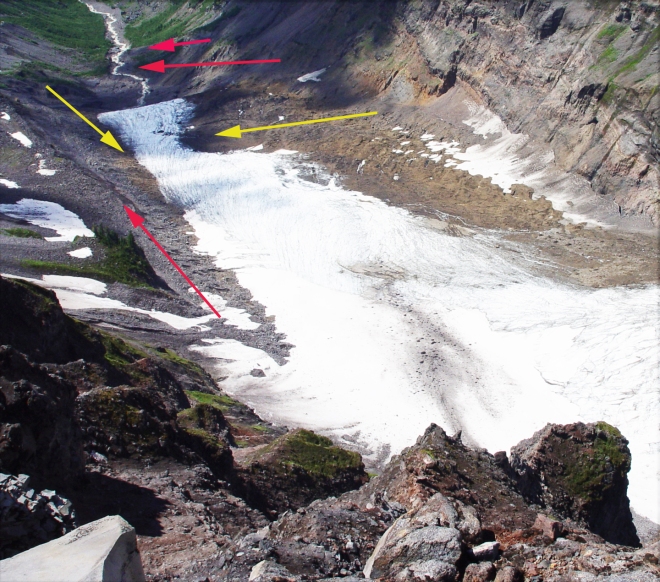 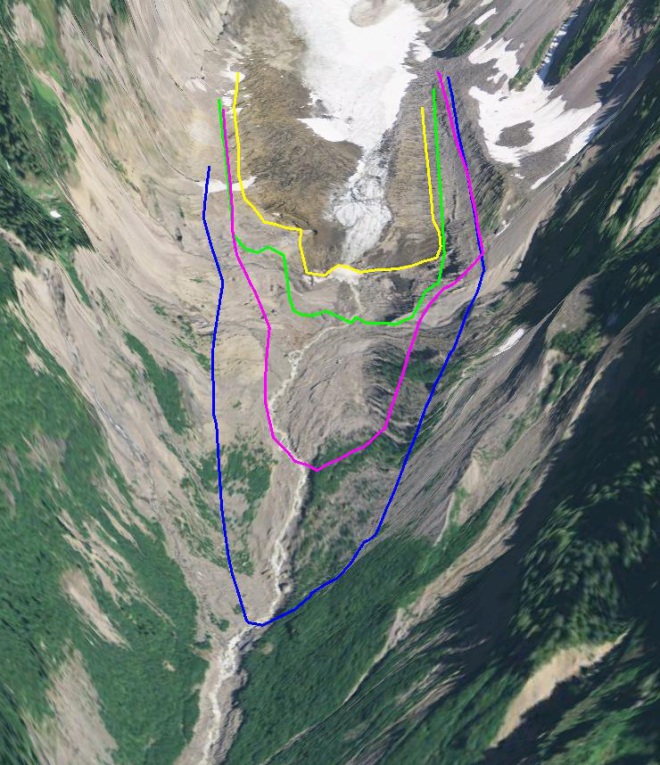 The top image in the sequence below is a view from 2002 showing the end of the glacier (survey point from red X. The front was still steep at the time and the width of the debris near the terminus limited, clean ice width is 200 m.. By 2011 the terminus is not nearly as steep and most of the glacier width is debris covered. The view in Google Earth imagery from 1998 and 2011 indicates the change and the survey point is indicated by the red x. The last image is a 2011 closeup view in Google Earth the debris free ice section is 40 meters wide. What is causing the narrowing of the debris free ice is the reduction in velocity, the increased thinning of the clean ice in the center compared to the insulated debris covered ice at the edges. As the elevation difference increases debris slides off the side of the developing debris covered ridge (Pelto, 2001: 35). 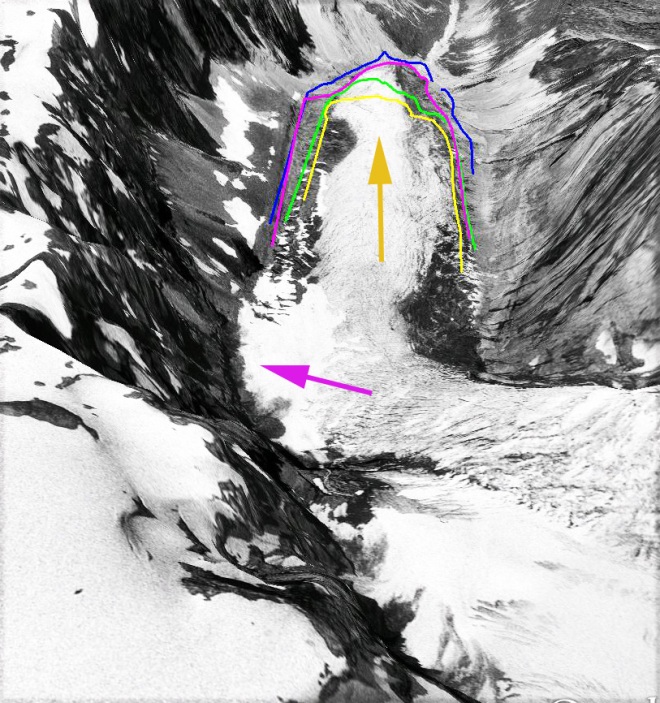 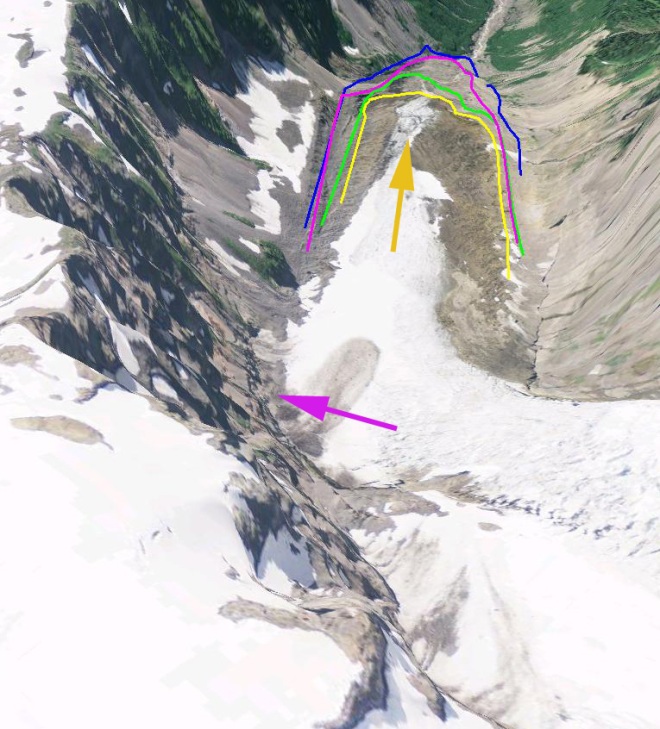