I came across De Reste Bugt Glacier reviewing a recent paper by Walsh et al (2012). They identify a retreat of 1 km for the 2000-2010 period and a thinning of 40 m 15 km upglacier of the terminus and acceleration Walsh et al (2012). This is the typical model for glaciers along the Blosseville Coast of East Greenland, where 29 of 37 glaciers they examined retreated at least 500 meters from 2000-2010. This glacier does not reach the main ice cap, but drains the East Greenland Coastal mountain range. 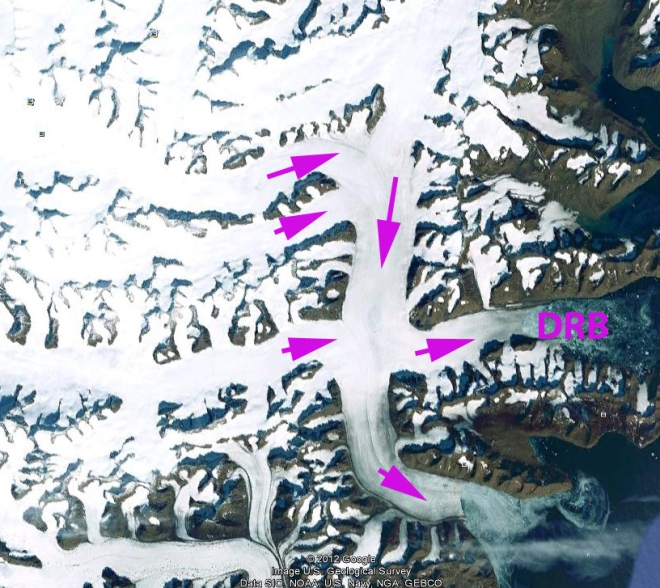 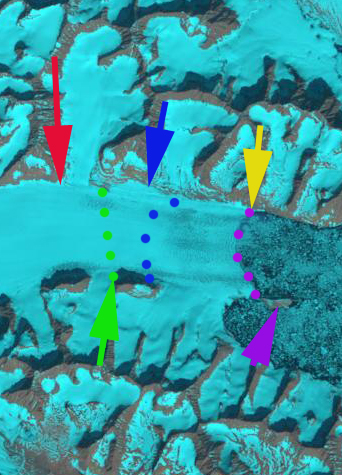 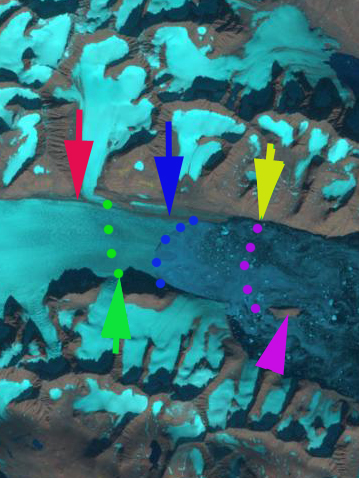 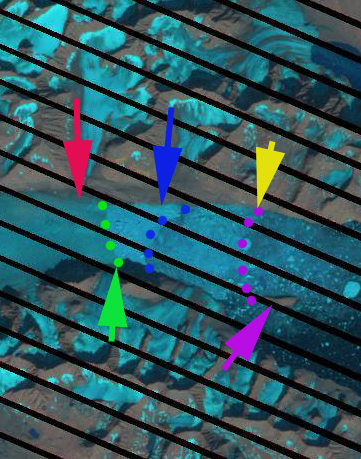 Beyond the terminus change of De Reste Bugt, there are substantial retreats of the tributaries 1-4. In 1984 all had much larger active fronts ending at lower elevations than today. 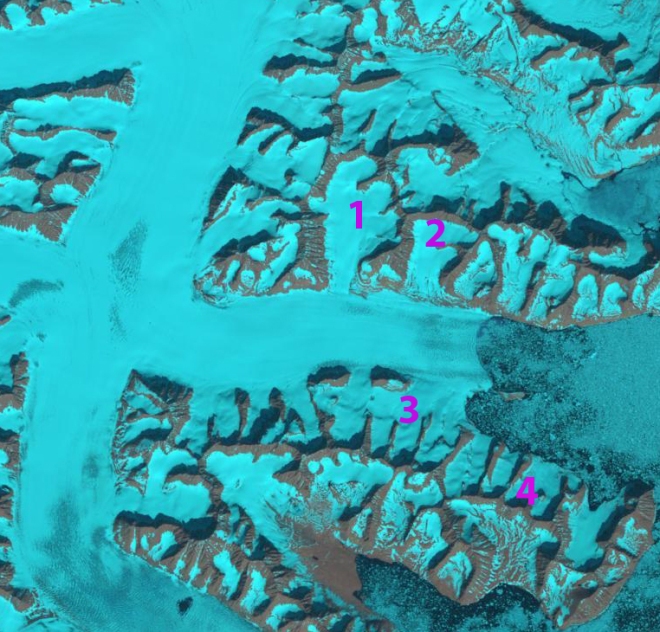 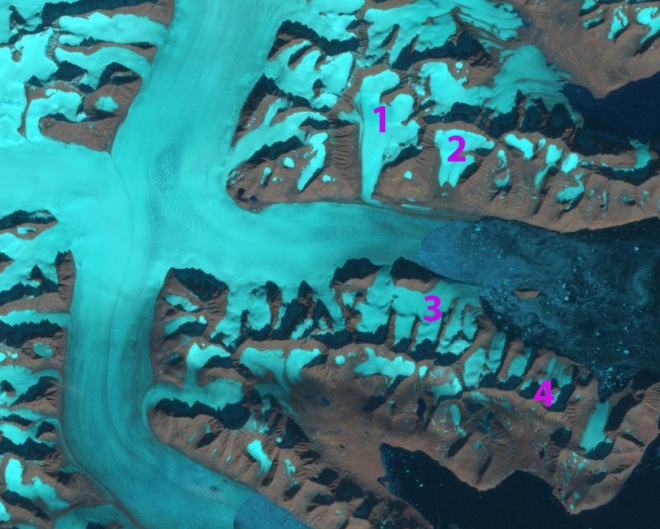 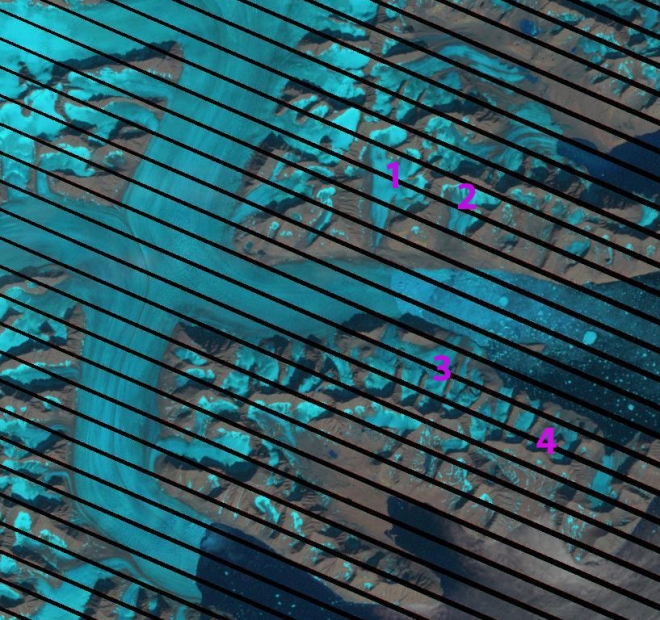 This indicates that the changes are not due to just to terminus dynamics but that the mass balance that controls these smaller glaciers has been quite negative, as has been noted to the south on Mittivakkat Glacier by Mernild et al (2011). The summer of 2012 has every indication of being a record melt year for much of the Greenland Ice Sheet, and this will certainly have an impact going forward on De Rest Bugt and its neighboring glaciers. De Reste Bugt is just north of Sortebrae Glacier with the gorgeous twisting lateral moraines that is also retreating.