Godur Glacier drains into Godur Lake (Godar) in the Hindu Kush Mountains of Northwest Frontier Province, Pakistan and then into the Swat Valley and then Indus River. ICIMOD (2010) noted there were 233 glaciers with an area of 223 square kilometers in the Swat Valley region, this indicates numerous but generally small glaciers. ICIMOD (2010) also examines the changing climate conditions in the region, noting that the change in precipitation has been minor, while temperatures have risen markedly and the frequency of heat waves has increased (first image, from ICIMOD, 1960-2010). The main accumulation season for the glaciers in this area is in the winter season, with the summer monsoon playing a small role. In 1998 and 2000 the Godur Glacier terminus was a location where two tributaries joined, red arrows. By 2011 the retreat had led to separation of the two glaciers. The separation has increased in the divide between the glaciers, yellow arrow. the west margin of the glacier has also retreated, note the distance from the lake to the edge of the glacier in 1998 versus 2011, green arrow. 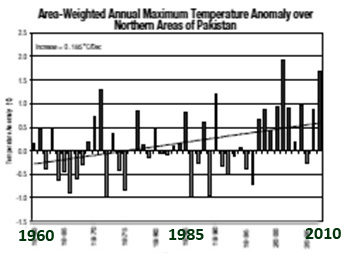 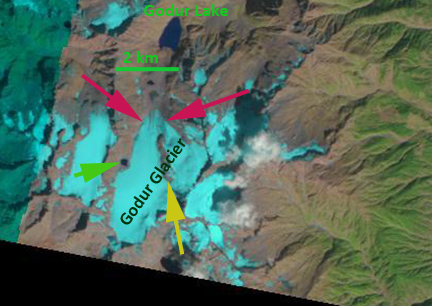 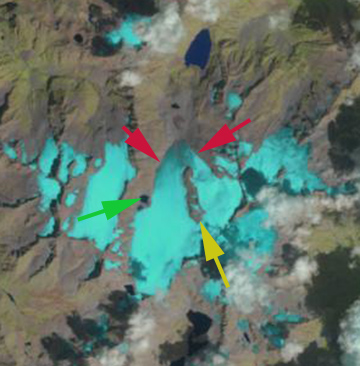 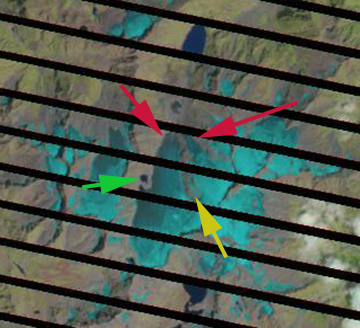 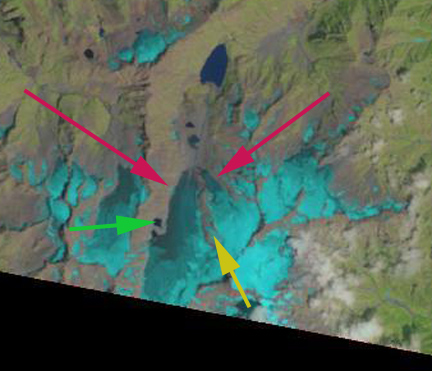 The retreat of this glacier and the enhanced melting through the Hindu Kush will lead to changes in timing of runoff in the Indus River. The net annual runoff depends largely on precipitation, which has not shown a clear trend. However, during heat waves extensive melting can lead to high water levels in the Indus River, well long term retreat leads to decreased summer melt and runoff. The retreat here parallels that seen to the west in Afghanistan (Emend Valley glaciers) and to the west in the Himichal Pradesh (Malana Glacier).