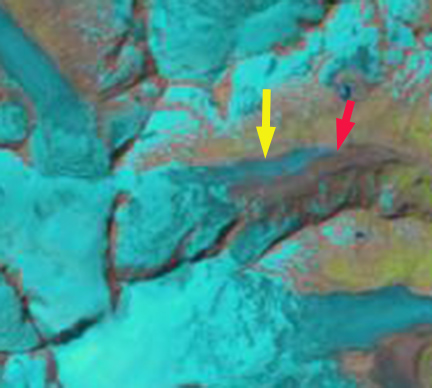 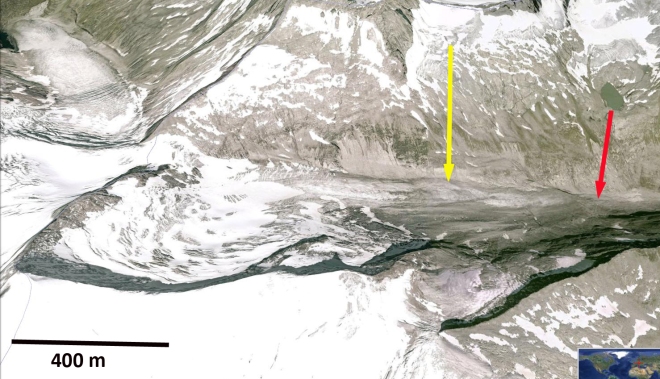 The Austrian Alpine Club noted a retreat of 47 m for Viltargenkees in 2012. Viltragen Glacier is 10 km east of Obersulzbach Glacier that has had a similar retreat. The terminus area in 2000 is quite stagnant, a deeply incised suprglacial stream indicates this fact, blue arrow. The orange arrow indicates a region with a couple of melt ponds, again indicating stagnation. The debris covered terminus has no crevassing in 2000 in the lowest 400 meters again indicating the thin and hence stagnant nature of the lower section of the glacier that was at that point preconditioned for rapid retreat. Below the 2000 terminus image is the full glacier in 2000 compared to the 1929 map of the region provided by Nicholas Fisher. The green arrow indicates the 1929 terminus and the purple arrows where the Schlaten Kees formerly joined Viltragenkees. The retreat over the 70 year period was 700 meters. 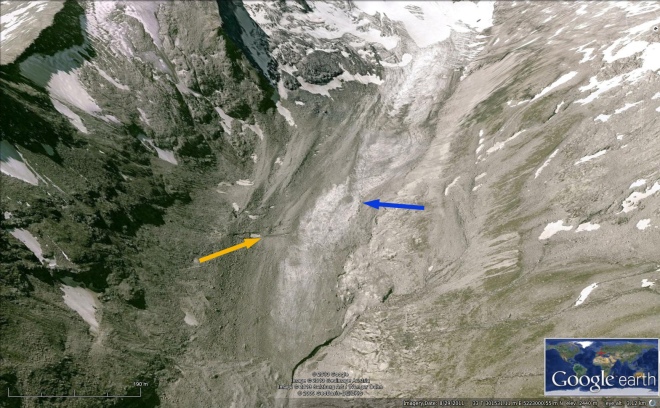 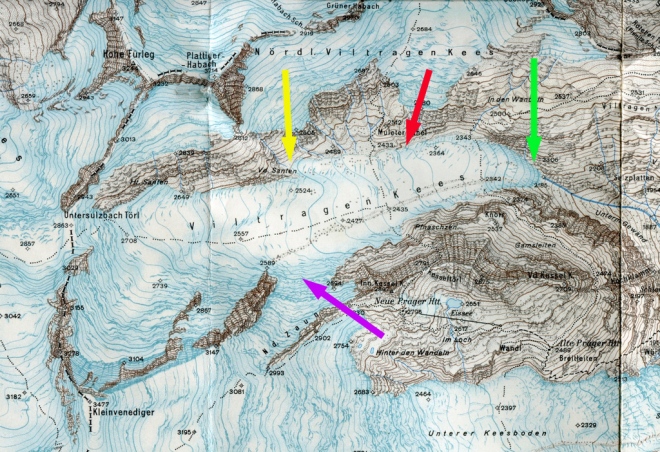 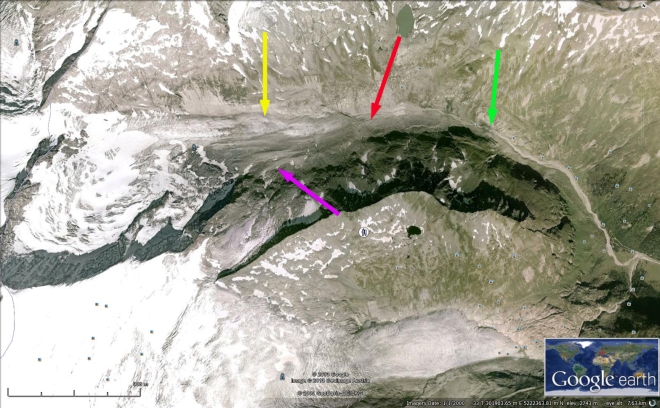