“Middle” Lhonak Glacier is an unnamed glacier between North Lhonak and South Lhonak Glacier near the border of the state of Sikkim in India and Nepal, red arrow on first map. I have previously reported on the retreat of South Lhonak Glacier whose retreat has led to a significant proglacial lake expansion and nearby Changsang Glacier. Here we examine landsat and Google Earth imagery from 2000-2013. Like all glaciers in this region Middle Lhonak Glacier is a summer accumulation type glacier. This means that the glacier receives most ~80% of its snowfall during the summer monsoon. This is also the period when ablation low on the glacier is highest. Following the summer monsoon which ends in early September there is a transition period with some colder storm events where the snowline drops. Than from November-February is the dry winter monsoon with limited precipitation. Thus, strange compared to most glaciers as winter proceeds often the lower glacier remains snow free. The pre-monsoon season from March-May features increasing precipitation, temperature and rising snowlines. The glacier drains into the Teesta River, which has several existing and many proposed hydropower projects, mostly run-of-river with minor dams.

Weather records from Pyramid station at 5000 m in Nepal indicating the peak temperature and precipitation occurring in summer monsoon. 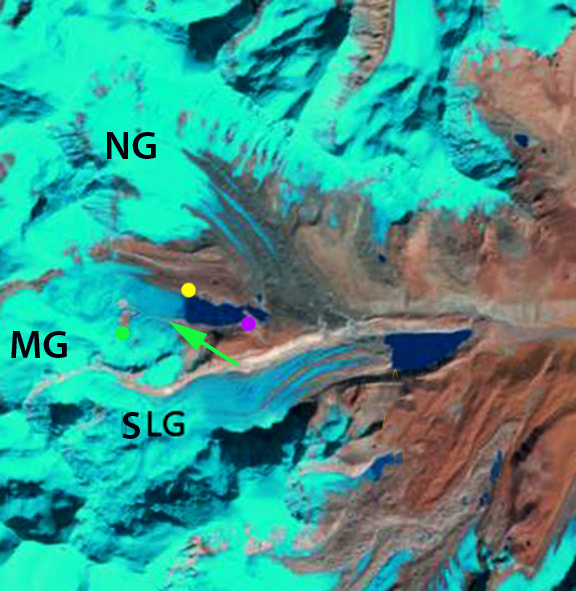 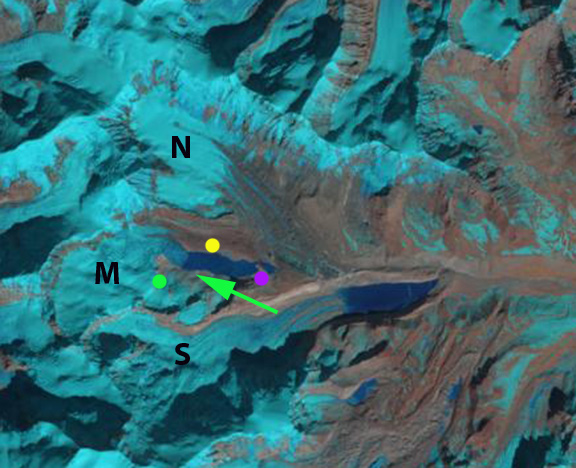 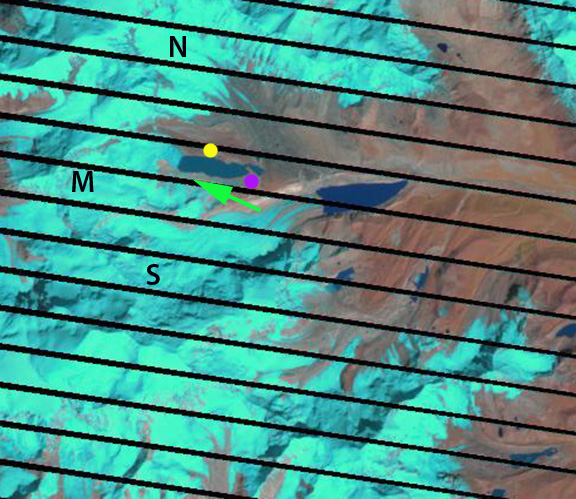 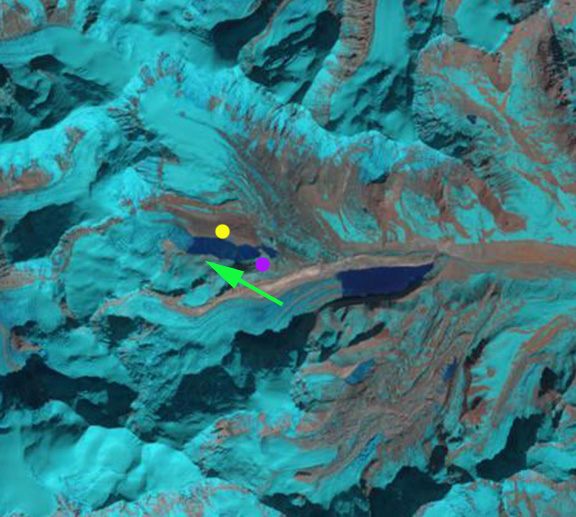