If you have heard of Nizina Glacier in the Wrangell Mountains of Alaska it is probably because you have contemplated a float trip down the Nizina River from Nizina Lake.  In 1990 there was no lake, since 2000 the lake has provided a good location for float planes to land.  In 2014 the lake has reached a new maximum in size and minimum in icebergs on its surface.  Here we examine Landsat imagery form 1990-2014 to identify changes in the Nizina Glacier.  The main tributary of the Nizina Glacier is Regal Glacier indicated by the dark blue flow arrows.  The light blue flow arrows are from the Rohn Glacier tributary that no longer reaches the terminus area.

In each image the yellow arrow marks the 1990 terminus, red arrow the 2014 terminus location and pink arrows the summer snowline.  In 1990 the glacier had narrow sections of fringing lake evident, though the glacier reached the southern shore of the developing lake at yellow arrow.  By 1995 the lake had developed to a width of 100-300 m fringing the shoreline around the terminus of Nizina Glacier.  In 1999 the main lake has developed and is 1.6 km long and 1.3 km wide though it is still largely filled with icebergs.  In 2013 there are a few icebergs left in the lake.  In August, 2014 the lake is free of icebergs for the first time, which does mean more will not form. The lake is 1.4 km wide and 2.3 km long.  The glacier has retreated 2.1 km from 1990 to 2014, a rate of 150 m per year, red arrow marks 2014 terminus. A close up view of the terminus in Google Earth from 2012 indicates numerous icebergs but also substantial rifts, green arrows, that will lead to further iceberg production and retreat.  The snowline in this late July or early August images is typically at 1800-1900 m, pink arrow, with a month still left in the melt season. The retreat of this glacier is similar to that of glaciers in the Talkeetna Range to the west South Sheep Glacier and Sovereign Glacier and Valdez Glacier to the south. 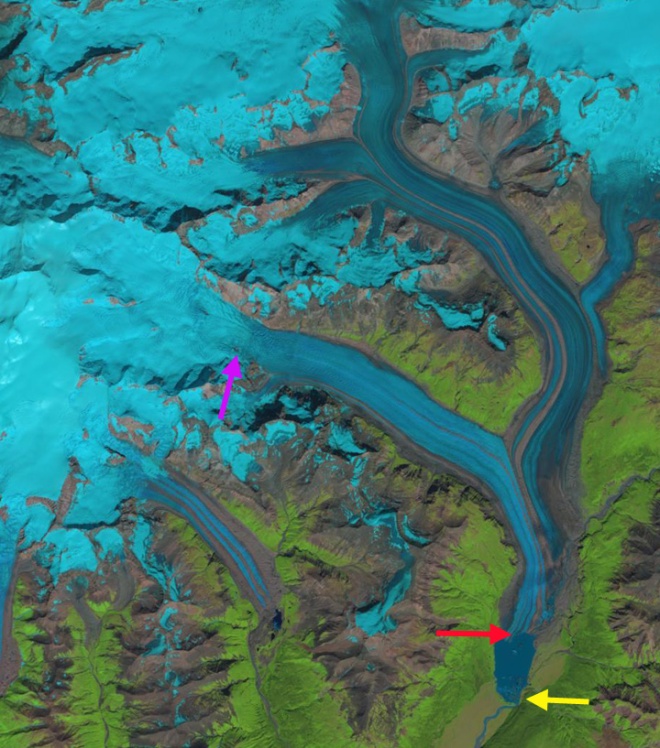 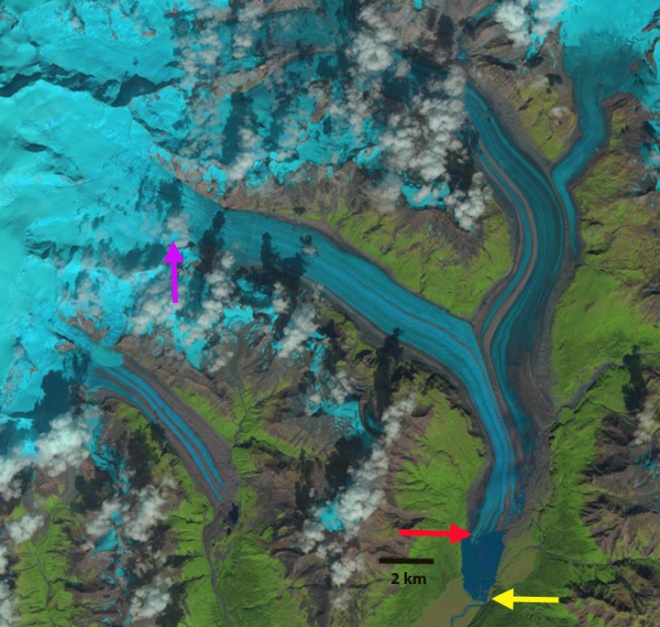 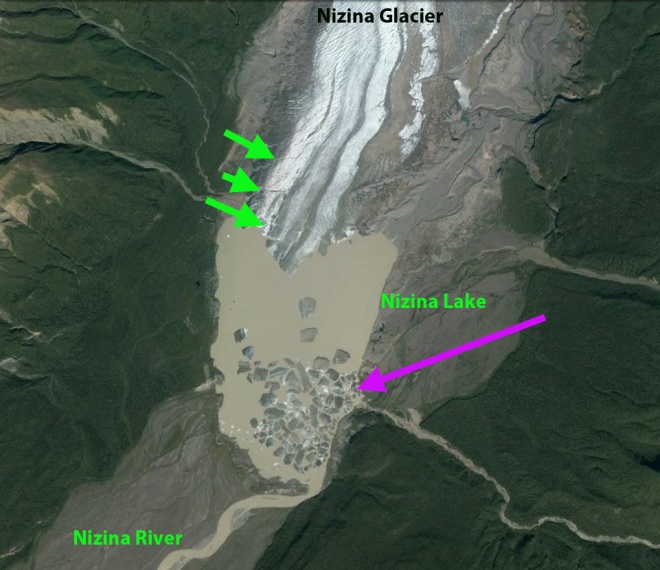