The Dodge and Storm Glacier are two glaciers that separate 1.5 km from the ice front around Kap Alexander (Cape Alexander) in northern Greenland. The glaciers are fed not by the main Greenland Ice Sheet, but a local ice cap. Lauge Koch (1928) documented this in his map from the expedition to the region in 1920-1923. The black arrows in the map from his expedition indicate the highest point of the ice cap and the saddle separating the Greenland Ice Sheet from the Inglefield Land Ice Cap. 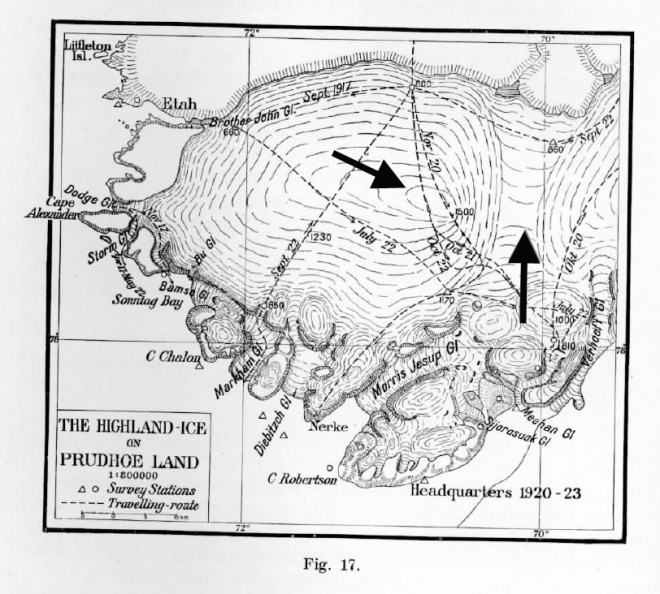 Lauge Koch noted that the Dodge Glacier ended in an ice cliff, but did not seem to be calving any icebergs, though it probably did occasionally. He noted that Storm Glacier was a relatively crevasse free route onto the higher ice. In 1950 an aerial image from the USGS Satellite image At;as of Greenland, taken by the Danish glaciologist Anker Weidick, of the Dodge and Storm Glacier indicate the terminus of Dodge Glacier ending on northwest side of a valley entering from the valley from the north, red arrow. There is a small glacier flowing down the valley through a nunatak separating the Dodge and Storm Glacier, Dodge Cut, green arrow. The Storm Glacier ends at a small island, orange arrow. The pink arrow indicates an area where the ice slope increases, and bedrock knobs will later emerge. In the second image a Landsat from 1994 the Storm Glacier terminus appears to be at the same location as 1950. The Dodge Glacier has retreated approximately 200 meters from 1950 to 1994. There is still ice in the Dodge Cut, green arrow. There is one new rock outcrop that has emerged south of the pink arrow on the Storm Glacier. In the third image a Landsat from 2012 Storm Glacier has retreated from the island, 350 meters since 1994. Another rock outcrop has emerged from beneath the ice above the Storm Glacier terminus, pink arrow. There is no longer ice flowing through the the Dodge nunatak above Dodge Glacier, green arrow. The Dodge Glacier terminus has retreated 400 meters since 1994. This is a significant increase in retreat rate. Of more importance is that the glacier is now actively calving which was not the case during the Koch expedition or in 1950. The last image in the sequence is a Google Earth view from 2010. 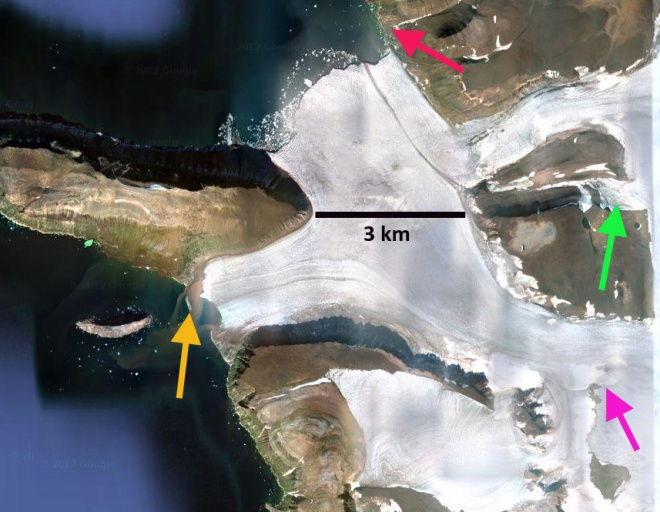 A closeup view of the Dodge Glacier terminus indicates the heavy crevassing near the calving front, indicating that calving will continue, this should lead to more retreat as well. A close up of Storm Glacier indicates the retreat from the small island, which is really a moraine emplaced by the glacier, and noted the brown color of the water entering the bay at the end of the glacier indicating runoff and erosion occurring from beneath Storm Glacier. Dodge and Storm Glacier are retreating like the glaciers to the north and south draining the main ice sheet, Humboldt Glacier and Kong Oscar Glacier. 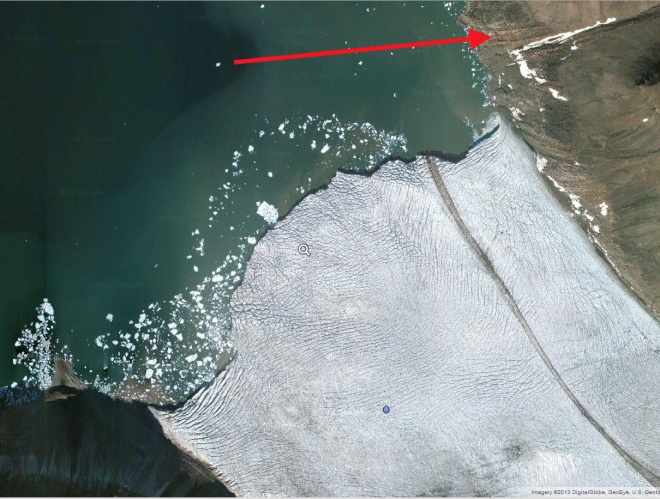 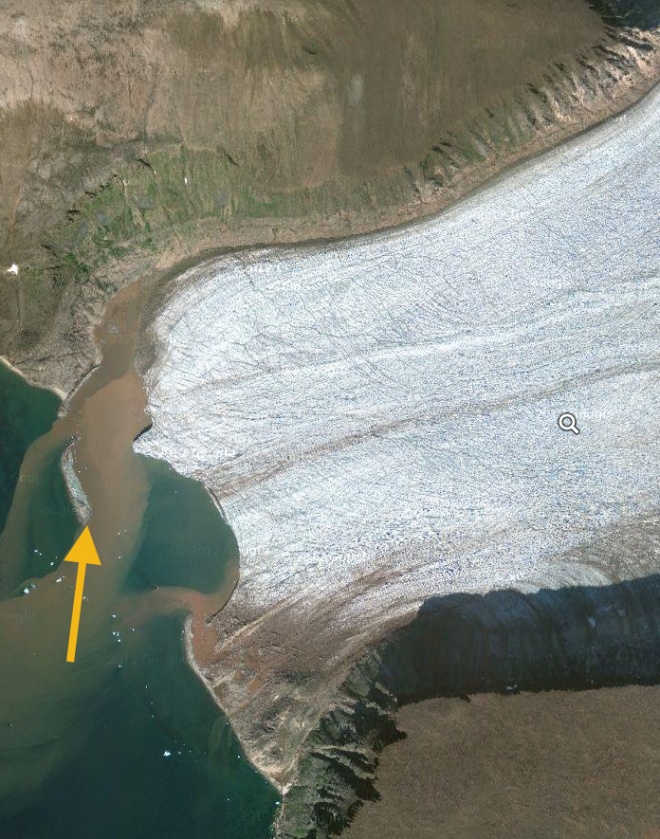