Yanashallasa Glacier is near the southern end of the Cordillera Blanca in Peru. The glacier feeds the Rio Santa river, which provides irrigation for substantial agricultural acreage. Marks and Seltzer (2003) identify that at least 30% of the runoff comes from glaciers, rising considerably during the dry season. The glacier retreat in the region with a 22% area loss from 1970-2003 (Racoviteanu et al , 2008), will lead to continued decline in glacier runoff. Here we examine satellite imagery from 1992-2013 of changes in the Yanashallasa Glacier. 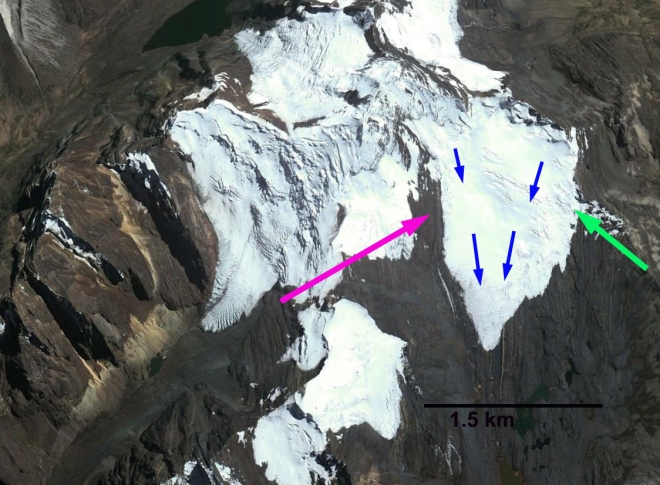 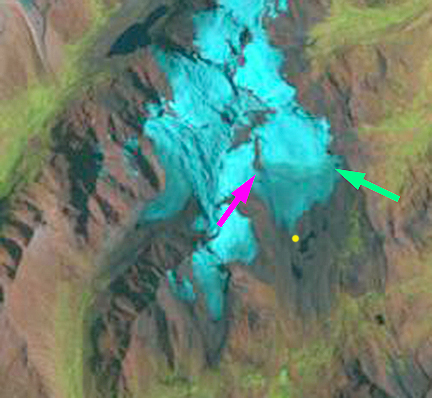 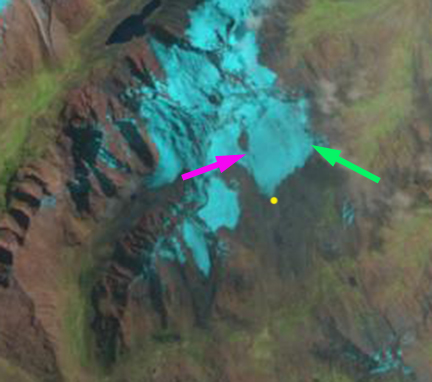