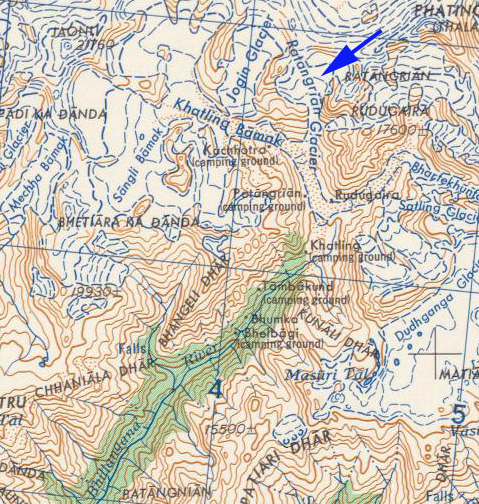 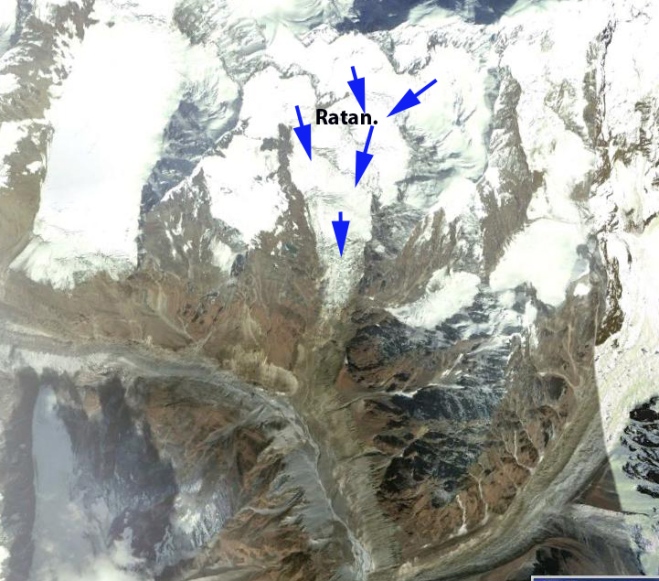 In the 1998 Landsat image the glacier terminus is at the red arrow, which is at 4150 m and downhill of the stream from the glacier labelled SG. The map above indicates the glacier was joined with Khatling Bamak at 3950 m, the lateral moraines (L-on second image below) indicate this too. The glacier is quite steep in its last mile descending from 5000 m to 4150 m in 1.5 km. The glacier is also not debris covered unlike many of its neighbors Khatling, Gangotri or Jaonli Glacier. A 2011 Google Earth image indicates the glacier has retreated to the blue arrow, where the outtlet stream from the glacier SG reaches the Ratangrian valley. By 2013 the glacier has retreated above the location where the outlet stream reaches the valley and is at the yellow arrow. The total retreat in 15 years is 400-450 m. The terminus of the glacier has risen from 4150 m to 4500 . The glacier is following the path of retreat of the nearby Gangotri Glacier and Jaonli Glacier that also feed Tehri Dam. The retreat is more rapid proportionally for the size of the glacier, probably due to the lack of debris cover. The slopes in the basin feeding the glacier are mostly covered by the glacier itself. If they were steeper and were not as ice covered, than avalanches could sweep debris onto the glacier. 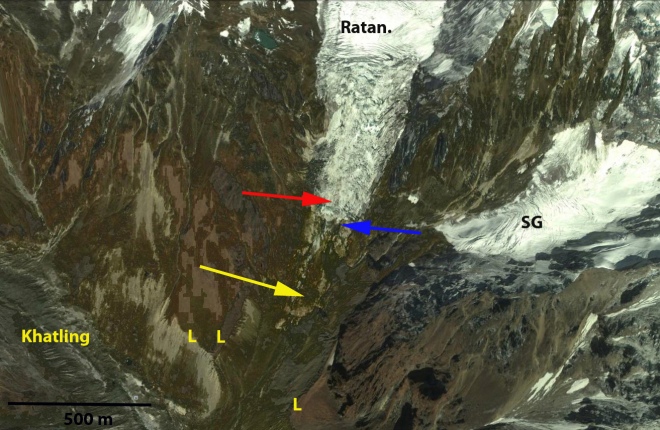