Chickamin Glacier in southeast Alaska has undergone a 3 kilometer retreat since 1955. The glacier drains south from an icefield near Portland Canal and straddling the border with British Columbia. The glacier ended on an outwash plain in 1955 at 250 meters. The Through Glacier at this time is a large tributary feeder joining Chickamin at the elbow where it turns west, (bottom image) 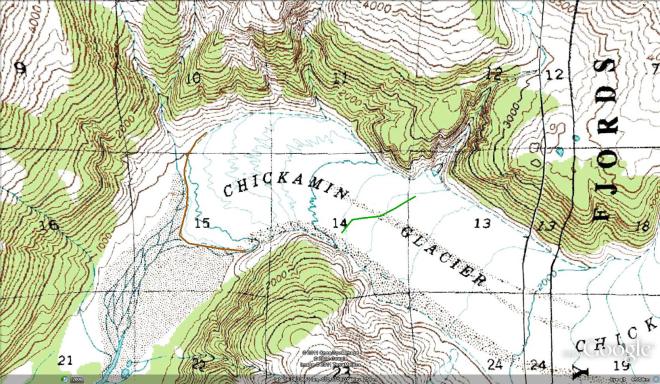 Shortly thereafter a lake began to form, and by 1979 a Landsat image indicates a lake that is 1300 meters long. A this point the Through Glacier is just barely in contact with Chickamin Glacier. 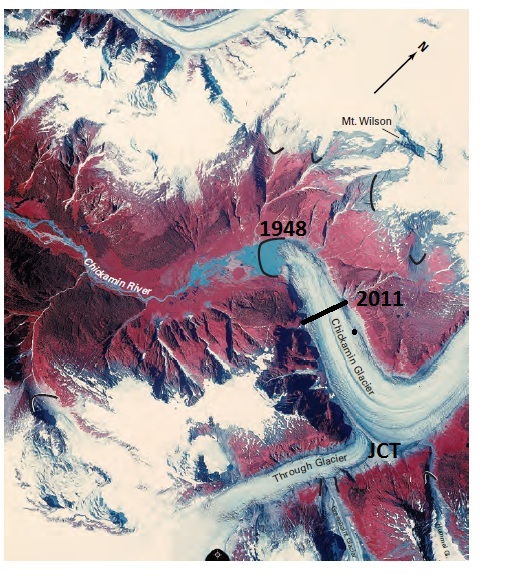 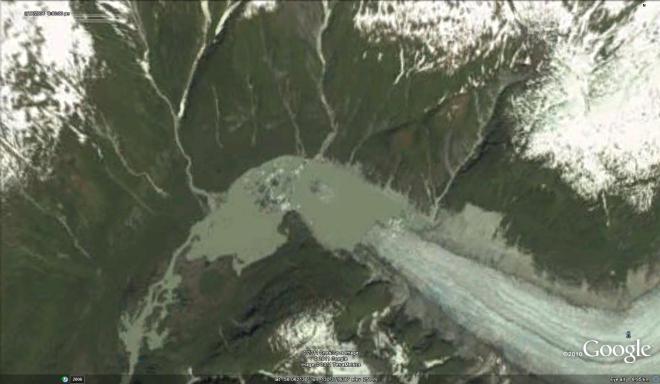 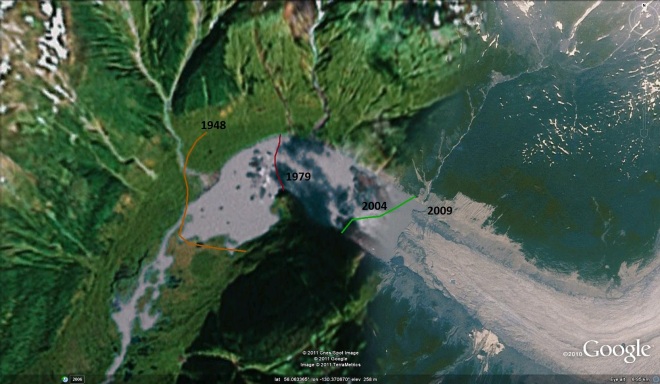 Just as impressive is the retreat of Through Glacier that now terminates 1500 meters from its former Junction with Chickamin Glacier. This separation and retreat has occurred during a period of higher snowlines in the region. The snowline of the glacier has averaged 1200 meters in recent years, 100 meters higher than before, and the summit of the glacier is at 2000 meters. The retreat and thinning of this glacier follow that of Sawyer Glacier, Gilkey Glacier and Lemon Creek Glacier 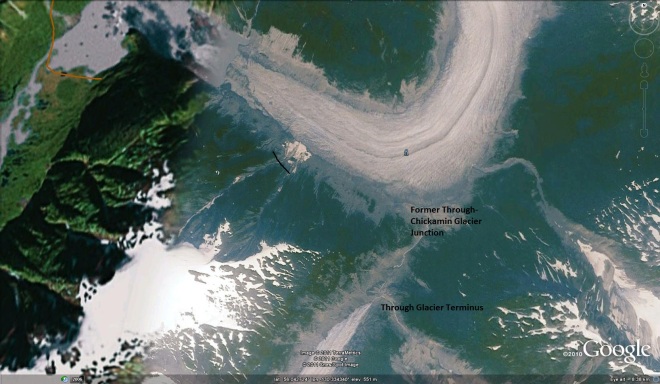 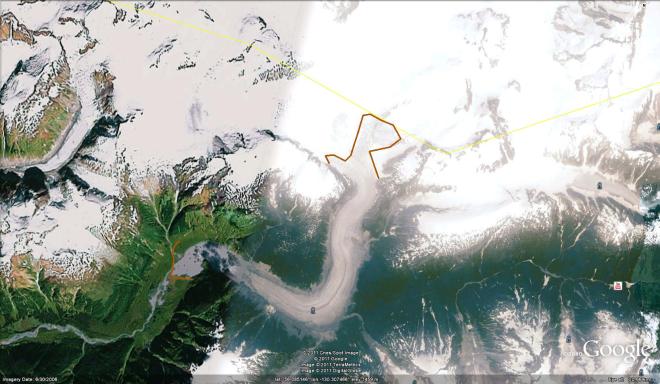 . The current terminus region indicates considerable rifting in the lower 500 meters indicating this will be rapidly lost, note the red arrow. The blue arrow indicates a zone below which the glacier appears stagnant with no active crevasse features. The green arrow indicates the transition to a zone of active flow and crevassing. At meters kilometers above the terminus a basin has developed, orange arrow, this is filled periodically becoming a lake, which then drains beneath this glacier. This lake and basin will continue to expand. 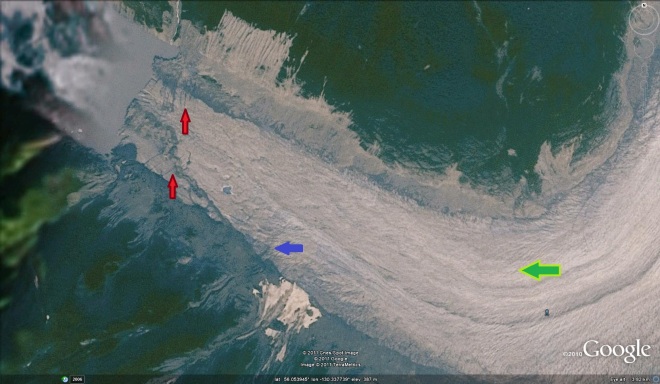 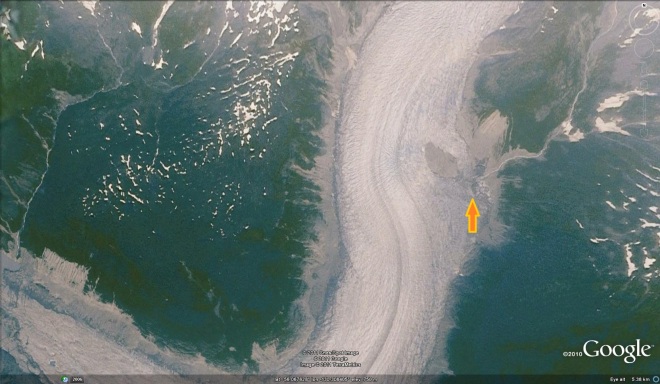