The Romanzof Mountains in the Brooks Range of Alaska has numerous small alpine glaciers. This is an area that has seen some of the greatest warming of anywhere over the last 30 years. In this post we focus on Fork Glacier which is just northwest of Okpilak Glacier. The glaciers in this region have been undergoing significant thinning and mass loss (Delcourt et al, 2008) including on McCall Glacier, Okpilak Glacier and Romanzof Glacier. Here we examine the changes in Fork Glacier, that has an 2.5 km long east and 3.5 km long west arm that joined at 1800 meters. The glacier than descends 600 meters to a terminus at 1700 m in 1982, the western arm is longer, wider and begins higher at 2300 meters. The first image is a 1982 aerial photograph from the USGS, followed by a 2000 Landsat image, 2009 Google Earth and 2012 Landsat image. The Pink A indicates where the two arms of the glacier joined, the pink arrows indicate the 1982 terminus and the yellow arrow the 2009 terminus. The glacier remained joined in 2000, but for a shorter distance than in 1982. By 2009 the glacier had retreated 400 meters from 1982 and has separated at the terminus. By 2012 the eastern terminus has separated by 200 m from the west branch, green arrow. The other problem evident in the 2012 satellite imagery is the limited extent of snowpack on the glacier at the purple arrows. This level of snowpack even with a month left in the accumulation season indicates a glacier without a consistent accumulation zone that cannot survive (Pelto, 2010) 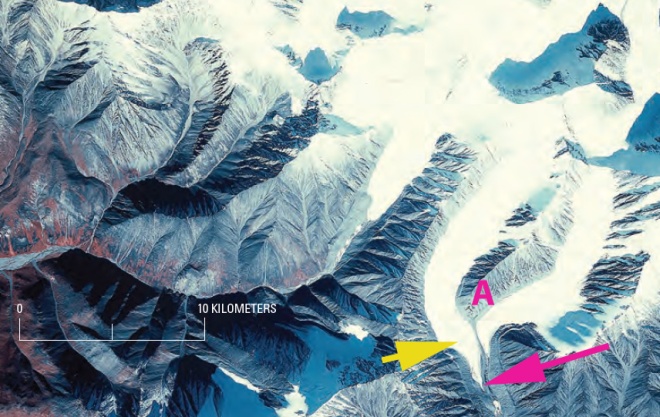 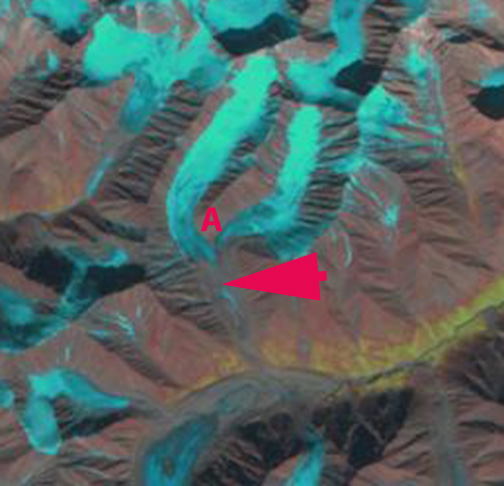 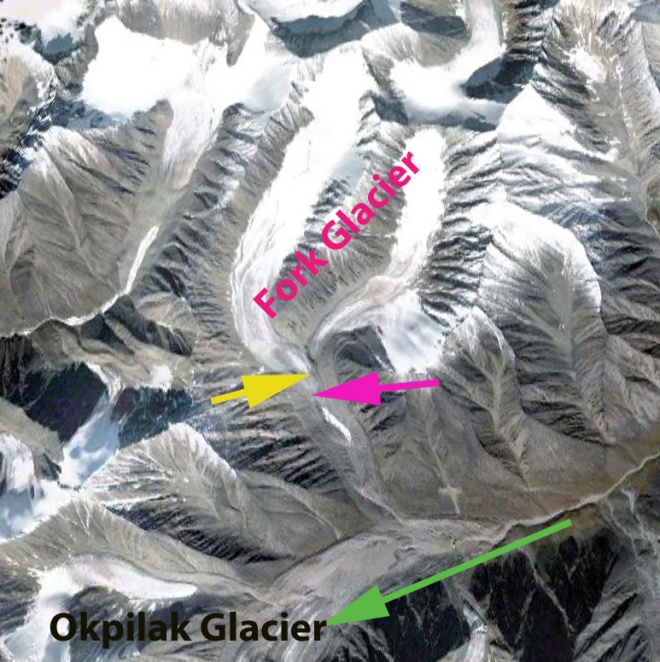 A close up view of the terminus from the 2009 Google Earth imagery indicates the retreat but also the green arrow highlights a supraglacial stream that indicates stagnant ice on the eastern arm of the glacier.