Jiongla Glacier is at the northern boundary of the .Brahmaputra River Basin.) at the east end of the Nyainqentanglha Shan. The glacier drains the western slopes of Koma Kangri Peak and ends in a lake before feeding into the Parlung Zangbo and then Yarlung Tsanpo. Ninglian and Shichang (2010) in the China National Report on Cryospheric Sciences noted a loss in glacier area of 15 to 17 % in the region. ICIMOD (2011) notes that the basin has 11, 500 glaciers covering an area of 14,000 square kilometers. Here we examine satellite imagery from 19988, 2000, 2009, 2010 and 2011. The pink arrow denotes the 1988 terminus and the yellow arrow the 2011 terminus. 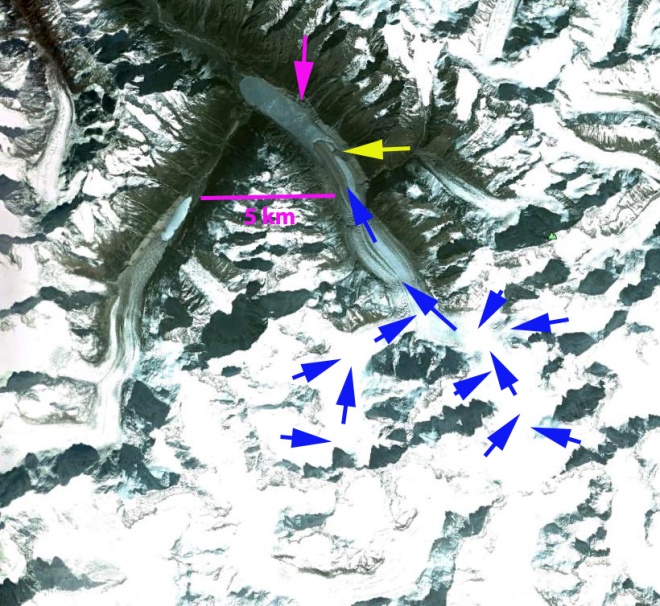 In 1988 the lake where Jiongla Glacier ends is at 4000 meters and is 2 km long. By 2000 the glacier has retreated 1300 meters. By 2009 the lake is 4 km long, a 2 km retreat in 20 years. The retreat from 2009 to 2011 is not evident in the satellite imagery used here. There are icebergs visible in the lake particularly in the 2003, 2009 and 2011 images indicating that this one a key reason for rapid recent retreat. In reviewing the satellite images for the region cloud cover made it difficult to find imagery near the end of the melt season. The 2011 image is from near the end of the melt season and indicates a snowline at 5150 m, green arrows, this is too high for equilibrium, with limited glacier area above 5500 m and the terminus at 4000 meters. This suggests that retreat will continue. The last image is a 2003 terminus closeup that indicates vigorous flow through an icefall, red arrow, 2 km behind the terminus. This indicates the lake will end before this point and the glacier does not have a substantial stagnant terminus tongue. This also suggests the rate of retreat will soon slow. The retreat here is similar to that of Sepu Kangri Glacier and Requiang Glacier. This glacier feeds the Parlung Zangbo which is the site of numerous planned hydropower projects, last image, . before joining the Yarlung Tsanpo which becomes the Brahmaputra River 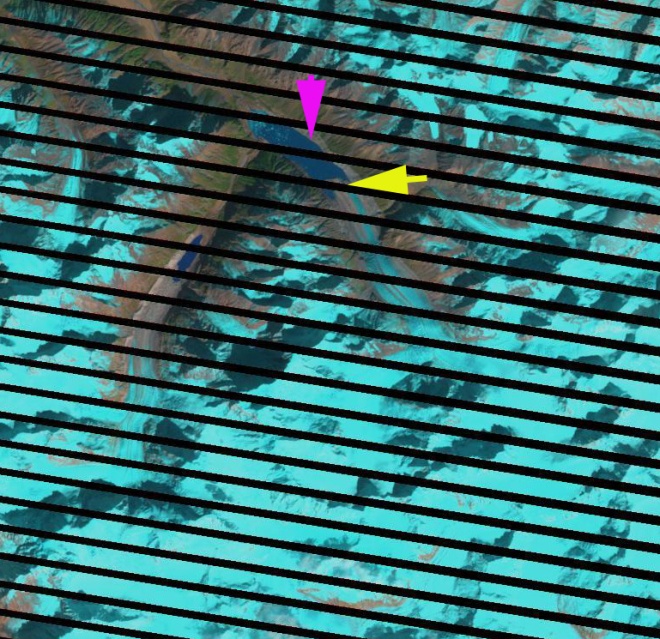 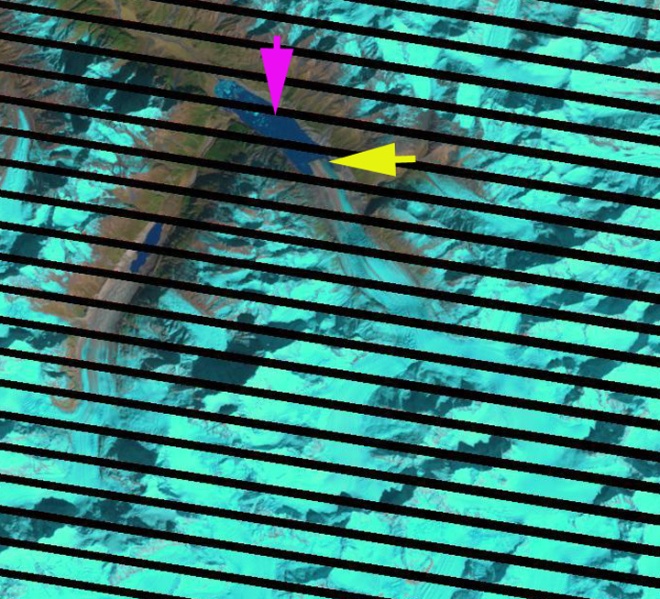 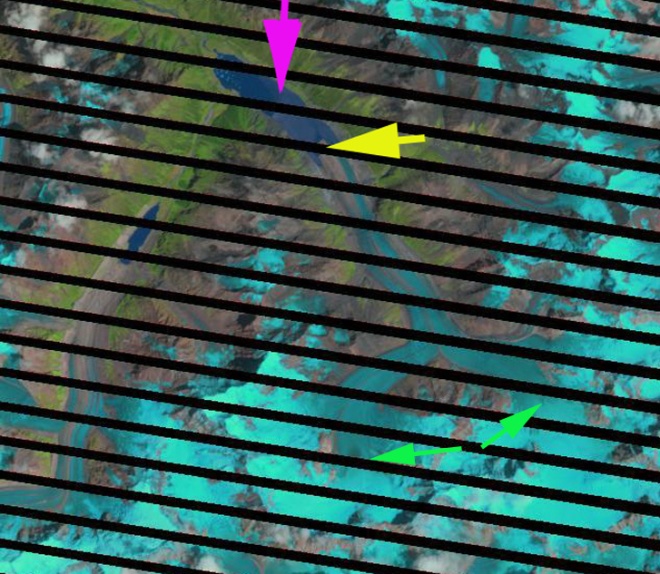 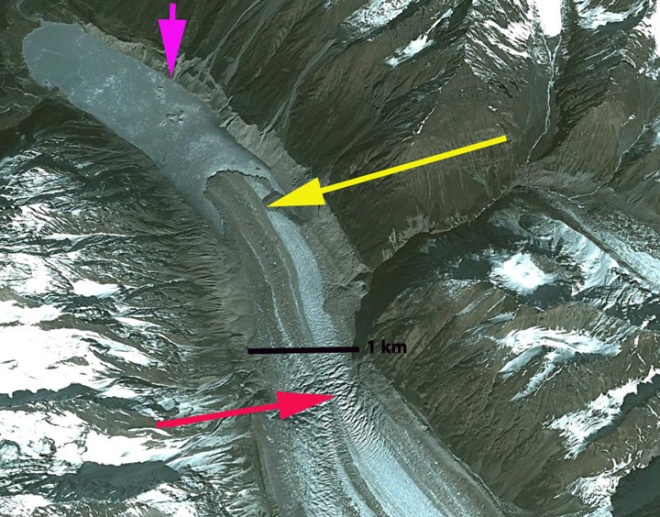